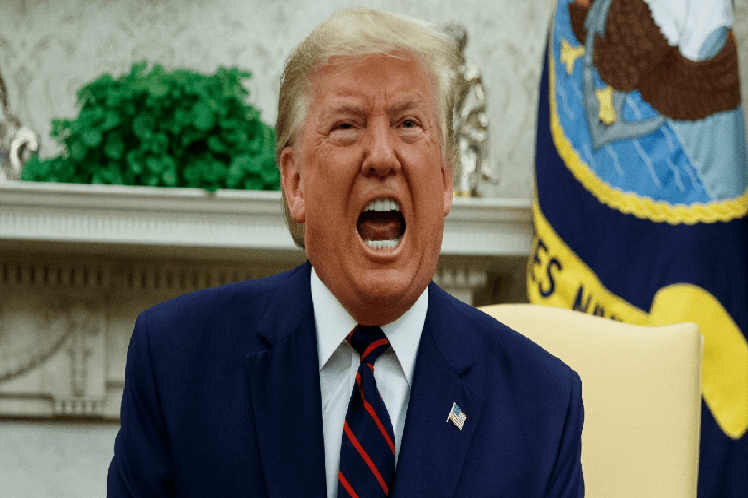 According to a survey conducted by Quinnipiac University, 60% of respondents said they thought another Trump campaign would be detrimental to the U.S. However, nearly a third (32 per cent) maintained that the former president launching another bid for the White House would be a good thing for the country.

Rumours have been swirling over whether Mr Trump will decide to run for president again in 2024 since he left the White House in January.

Last month he told Sean Hannity that he had made a decision on whether or not he will run, but the former president has not yet shared his conclusion.

Amid the speculation, 49% of respondents said they think Mr. Trump will follow through and run for the top spot again, with 39 per cent saying he will choose not to.

The statistics from Quinnipiac come as the former president has been extremely selective with his endorsements, which are often treated as a coveted prize within the GOP.

In a statement on Wednesday, the former president said Wright lost because Democrats voted for Ellzey.

‘My endorsed candidate won in the Primary, but the other outstanding candidate won the General Election because virtually 100% of Democrats, approximately 17% of the total vote, supported the candidate I did not endorse,’ Trump said in a statement.

Some observers warned that Trump has an electoral base that remains firm and is a capital, not inconsiderable, he will have on hand by 2024.