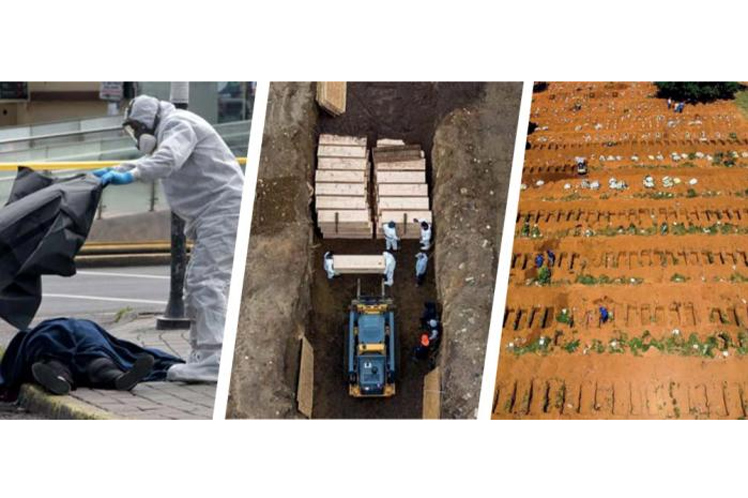 In statements to the newspaper, chemical engineer Jose Gonzalo Borrero, provincial director of Community Services, pointed out that given the space limitations in Santa Ifigenia cemetery, the decision was made to bury in other graveyards.

It was decided to bury those who die from any cause (not only due to Covid-19), whose families lack private graves, or who were not cremated, at the Juan Gonzalez cemetery, Borrero said.

He explained that Santa Ifigenia cemetery, inaugurated in 1868, is insufficient for the mortality rates of a population of more than half a million inhabitants.

Due to the characteristics of the area where it is located, there are no possibilities to enlarge its surface, even prone to flooding when heavy rains hit the city, he added.

Borrero noted that this process has been carried out in an organized manner, and legislation provisions in this regard are being complied with ‘to the letter’.

According to the official, the necessary use of mechanical means to expand the capacity of the cemetery, which have already existed for years at the Juan Gonzalez cemetery, could have given the impression that informal diggings were being done there.

However, he assured, each operation has been carried out according to the technical standards established for this activity by the Ministry of Economy and Planning.

According to Granma, in a brief talk with Roberto Alejandro Ibarra Ruiz, author of the post on Facebook, which contained images suggesting inaccuracies in the location of his deceased grandmother, it was shown there is clarification on the site of the burial.

A minority lacks information, but a majority is moved by foul intentions on social networks, so many people have reposted images of alleged illegal burials of Covid-19 victims in Cuba, Granma pointed out.