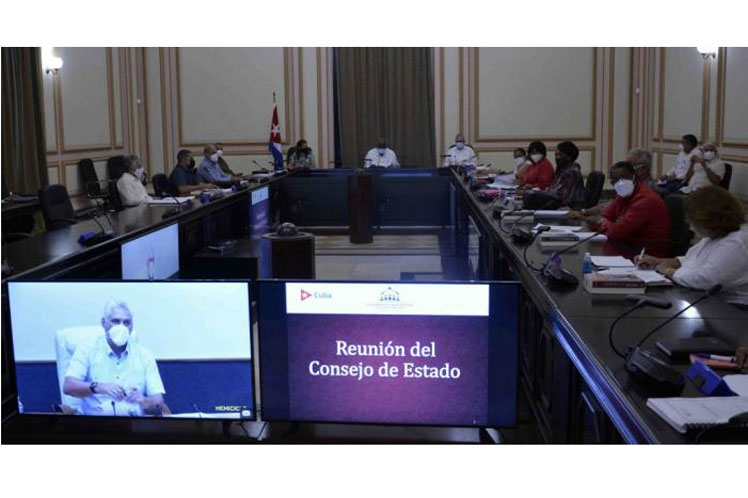 According to Esteban Lazo, president of that body, rules related to the development of different economic players and the ordering of other activities, strengthen the institutional framework and allow progress in updating Cuban system model, Granma newspaper published.

Among provisions is the decree-law regulating the creation and operation of micro, small and medium-size ventures (msmv), approved by the Council of Ministers in May, and which can be state-owned, private or mixed property.

The Caribbean nation hopes that the encouragement of these forms of production will encourage aspects such as the diversification of productive lines, interaction with different industries and the promotion of employment.

The State Council also issued a provision for non-agricultural cooperatives, where it regulates elements such as their creation, operation and suspension, thereby eliminating the experimental character they had at the beginning.

The exercise of self-employment (private sector) was also among the beneficiaries of the new provisions.

A specific decree-law updates the general provisions for its development and defines other aspects such as the procedure for processing authorizations, relationships with other entities and institutions, as well as adjusting the organization and control system.

Likewise, the Council of State modified various elements of Tax Law of 2012, a matter also provided for in one of the adopted legal bodies.

Regulations on the Preservation, Improvement and Sustainable Management of Soils and the Use of Fertilizers, and of the Public Registry of Real Estate, stipulating its organization and operation, complete the package of provisions of the State Council.