Migratory flow between Colombia and Panama to be regulated 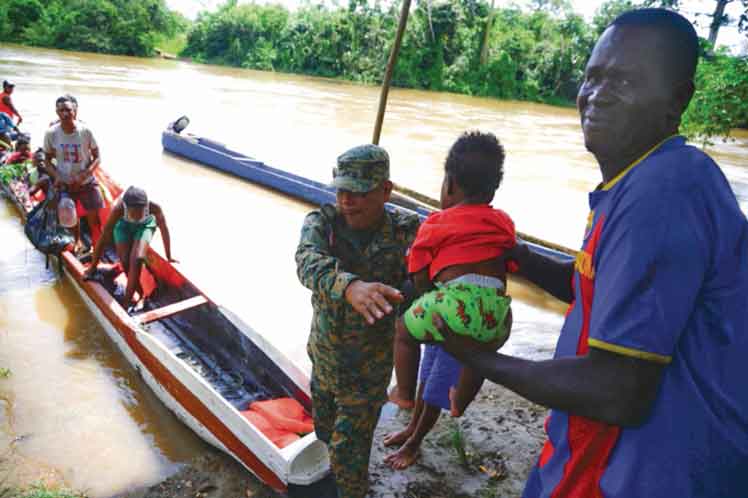 Migratory flow between Colombia and Panama to be regulated

After talks between high-level delegations, held in the city of Metetí, Panama, senior officer and Migration officials will meet on Monday in the Colombian port of Necoclí, from where the irregular migrants depart in boats bound for Central America.

These measures are part of the recent agreements between the two countries to control the avalanche of people who venture to cross the Darien jungle, shared by both countries, heading northward with the United States or Canada as their final destination.

About 15,000 migrants of various nationalities, mainly Haitians, are concentrated In Necoclí, department of Antioquia, trying to cross the Gulf of Urabá by boat to continue their journey through the jungle.

The crisis created by the massive presence in border communities with few resources, demanded the attention of the governments involved, which agreed to an urgent plan that includes regulating the number of daily migrants who transit to avoid the collapse of reception capacities on the Panamanian side, as well as checking and exchanging information about the groups, establishing a route through the trails to reduce the risks and acting legally against the criminals who assault the migrants.

The Colombian Vice President and Foreign Minister, Marta Lucía Ramírez and the Foreign Minister of Panama, Erika Mouynes, headed the respective delegations that met last Friday near the border, to establish solutions to the orderly and safe passage of the current wave.

‘Panama is doing its part and we welcome Colombia’s willingness to sit at the table. It is positive that this dialogue continues and we specify responsibilities. We have to build a common front in the face of this transcontinental phenomenon,’ Mouynes told reporters.