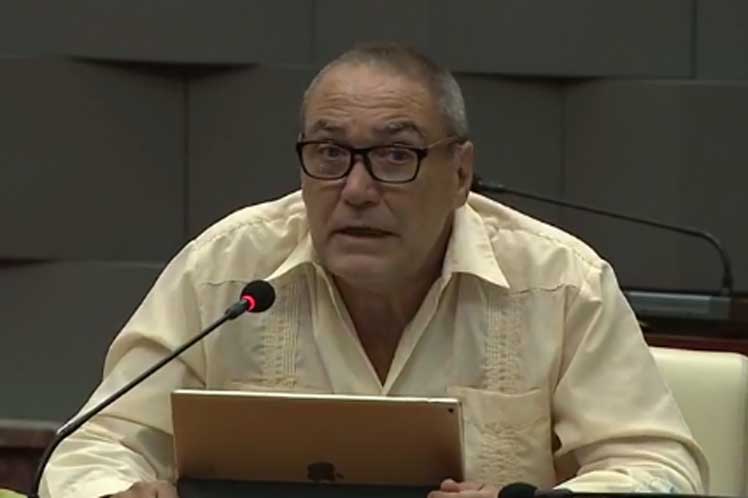 ‘When Fidel conceived the advance of biotechnology in our country, he did it like a great chess master, capable of foreseeing each move in the present to advance towards the future,’ the director of Cuba’s Finlay Institute of Vaccines (IFV), Vicente Verez noted.

Speaking virtually at the meeting convened by the Sao Paulo Forum and the Communist Party of Cuba in honor of the historic leader on the 95th birth anniversary, Verez pointed out that the imprint of the Commander-in-Chief facilitated to develop antigens with high efficacy rates in less than a year.

To that was added 75.7 percent against contagion and 100 percent against serious or severe cases, and the same value for preventing deaths; all of this 14 days after the last of the three doses was administered.

The expert emphasized that in just 12 months, the center conducted nine clinical trials, including the first with a vaccine candidate designed specifically for recoveries from Covid-19.

Currently, over 10,000 recoveries from Covid-19 have the single dose of Soberana Plus.

With Soberana 02 plus Soberana Plus, we are making progress in a study in children from three to 18 years old, which shows very encouraging results, he underscored.

‘The little ones and youngsters have shown a better response to our products than adults already vaccinated, and this will allow, once the emergency use is authorized, to vaccinate this population and start the school year safely,’ Verez explained.

Meanwhile, Marta Ayala, general director of the Center for Genetic Engineering and Biotechnology (CIGB), leading institution of Abdala, the first vaccine approved in Cuba and Latin America against Covid-19, and with an efficacy of 92.28 percent against the disease, assured that having such achievement today is the best tribute to Fidel Castro.

She recalled the words pronounced by one of the most transcendental political figures of the 20th century when Fidel Castro inaugurated the CIGB on July 1, 1986 and said, ‘the Center is great, but I hope the scientific results obtained will be also great.’

Ayala said that under that maxim, the center conceived besides Abdala, Mambisa, another candidate against Covid-19, and the only one in the country to be administered nasally.

Recently, the US scientific Science journal recognized the product as one of the 10 that have been developed worldwide to activate the immunity of the mucous membranes located in the respiratory tract, gateway of the SARS-CoV-2 virus, and where the infection begins.

‘Without Fidel, none of those achievements of Cuban science would have been possible. His vision of science as a function of the people’s health has brought us to where we are today in terms of biotechnology,’ she concluded.

Virologists deny coinfection of Delta and Omicron in Mexico

Virologists deny coinfection of Delta and Omicron in Mexico