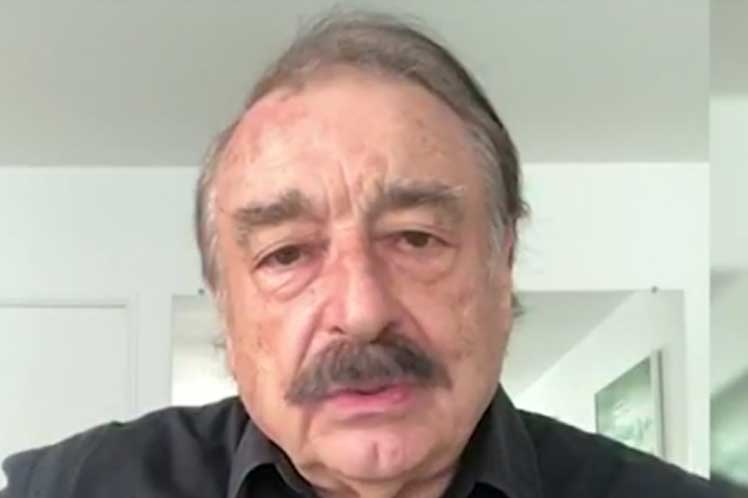 Speaking at the international virtual conference ‘Fidel: a Man of Science with a Vision of the Future,’ Ramonet highlighted what in his opinion are the five main qualities of Fidel Castro, who would be 95 years old on Friday.

‘There is not a day passing by that I do not think of him, for having shared so many hours of conversation,’ he added during his short speech.

‘Humanism, patriotism, ethics, strategist and visionary, those are the great qualities of Fidel Castro,’ he said at the event organized by the Sao Paulo Forum and the Communist Party of Cuba.

On arguing his thesis, the political scientist also recalled the sense that the statesman gave to the Revolution, which was made with love and for love to the people, and in general, to human beings.

In the case of his patriotism, Fidel Castro had a deep sense of sovereignty, given that since he was a child he was interested in history, Ramonet pointed out.

Likewise, the reporter noted that the patriotic sense led Fidel Castro to practice an international solidarity based on the concepts of the National Hero Jose Marti, who affirmed that Homeland is humanity, which he applied with intensity.

The historic leader defended the sense of ethics, of not betraying, of being a prisoner of ethics, of placing it at a high level, the professor continued.

Finally, Fidel Castro defended the sense of strategy in the revolutionary leader, of defining the lines of action, something that he complemented -Ramonet underscored- with being a visionary of the future, an exceptional visionary to anticipate what was going to happen.

The virtual meeting was attended by scientists, former governors and other figures from the Latin American region, such as Dominican Father Frei Betto.