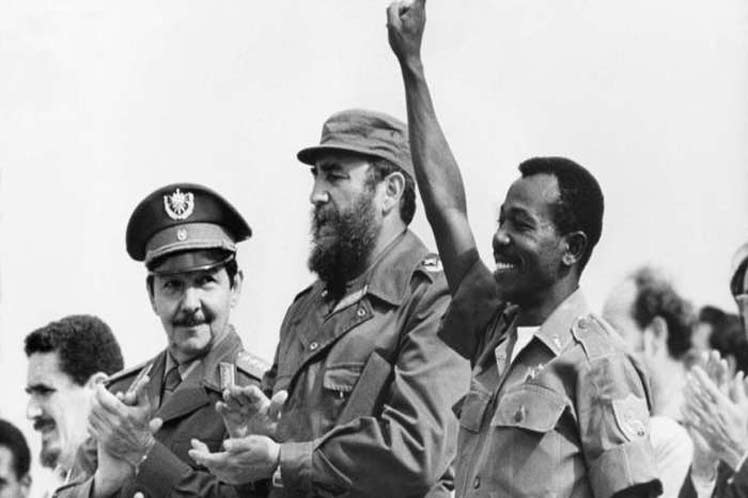 Addis Ababa, (Prensa Latina) Demeke Zenebe left Cuba in 1980 'turned into another person' and since then the longing to return to what he calls 'my second homeland' is one of his reasons for living.

‘I visited Canada, the United States, Israel… In none of them did I feel the same and neither did I appreciate efforts like those of the Cuban government to protect the people and promote education and culture as weapons of emancipation,’ he assures.

Before traveling to Havana, he recalls, ‘I didn’t know the country, only that it was an archipelago, socialist and led by a great man.’

‘I miss the security, health, education, the love of the Cuban people,’ he states.

He arrived in Havana in 1978 as part of the teachers who taught history, geography and language of Ethiopia to the first children and teenagers from that nation located in Isla de la Juventud to start their teacher training.

I traveled with my wife, Alemesh Yimer, in the first group of students who went there. There were 1,200 of them, most of them children of martyrs of the Ogaden war or internal conflicts, Zenebe tells Prensa Latina.

‘We didn’t want them to forget their roots, while they adapted to the Cuban educational system,’ he explains with a few words of Spanish, plus others in English and Amharic.

‘We accomplished the job in two years or a little more. I am proud to participate in the beginning of that great project of the Commander in Chief. When I returned to Addis Ababa, I was, how do you say? a better person,’ he says.

For Demeke, ‘Fidel Castro Ruz was a gift, another light for Ethiopia because he sowed here a seed of human values, as he had done in Angola and did throughout Africa.’

‘He tried to achieve peace between Somalia and Ethiopia, and later, when Mengistu (Haile Mariam) asked him for help, he responded immediately. The Revolution left its blood here and received us as its own children. That is why Cuba is my second homeland.’

According to him, ‘my two homelands have many similarities’, but for him ‘it was very important to appreciate the strength and industriousness of the people in what Cubans call the study-work link.’

Fidel Castro, he points out, ‘showed us another way, he considered it important to learn science and literature, but also to take care of nature, protect culture, honor history, develop the best human feelings.’

Cuba is small and a great example for the rest of the world. This is largely because of the thinking and work of Fidel, who cared for the poor of all origins, he expresses.

Fidel Castro was, he says, ‘a great president also for Africa. I am no longer fluent in Spanish, but in other languages I have no words to describe him.

‘He is part of universal history. He is not dead. I am very grateful that two of my boys and a nephew were able to receive his teachings there in Cuba. If all my children had studied there, I would be the happiest man in the world.’