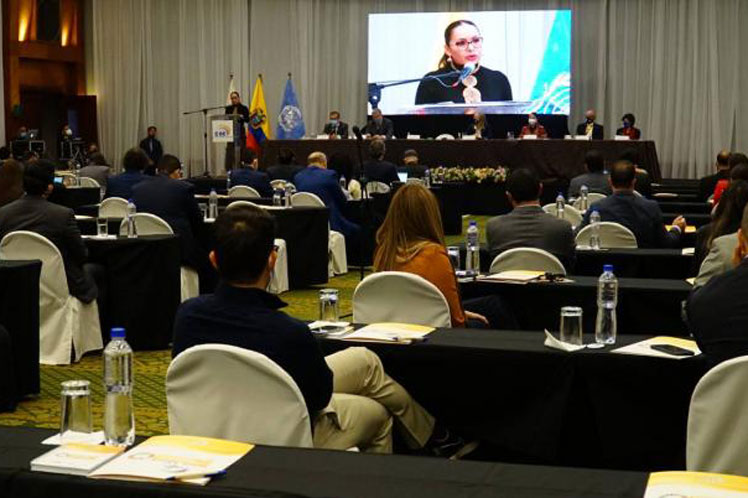 The presentation was part of her participation in the international meeting: ‘The Impact of Pandemic and Fake News in Electoral Processes,’ whose aim is to exchange experiences on the fight against disinformation, fake news and its effect on a democratic process.

The virtual event also seeks to analyze the challenges of organizing and executing votes during the pandemic, which has been going on for 19 months.

During her speech, Atamaint explained the proposals that emerged from the CNE and political organizations to allow citizens exercising their right to vote safely. The result of the responsible planning was that 80 percent of the eligible citizens went to vote and, according to the healthcare authority’s report, there was no rise in contagions, the head of the CNE assured.

Regarding fake news, she pointed out that the issue caused a high impact on the phases of the electoral process and continues as a difficulty.

In that regard, she added that in the 2021 general elections, the most common formats of disinformation were: image montages, edited videos, impersonation of media and pollster logos, aimed at influencing the electorate based on rumors or assumptions.

According to the CNE’s president, from the concrete experience, they concluded that in order to fight against disinformation and fake news, it is fundamental to turn the electoral authorities into the legitimate source of information of all the processes.

The two-day encounter, under the auspices of the CNE and the Electoral Disputes Tribunal, is supported by the UNDP, the European Union, the Spanish Agency for International Development Cooperation and the Swiss Embassy.