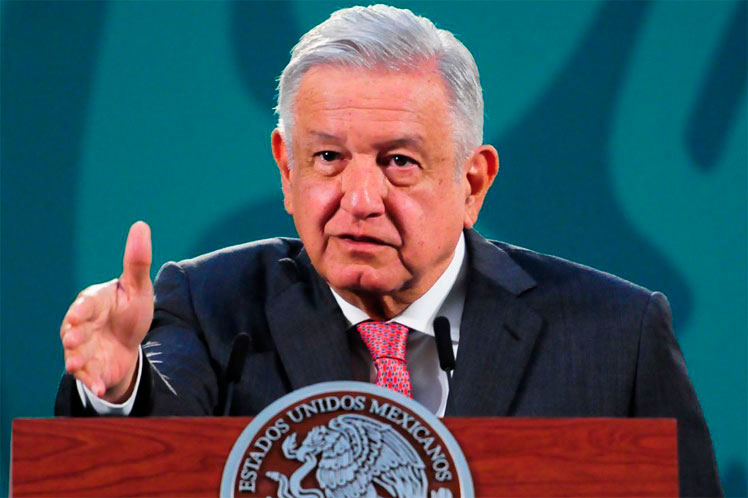 In response to the criticism generated by this position in view of the IMF’s announcement to allocate 620 billion dollars among its member countries to defuse the economic Covid-19 crisis, the president insisted that its destination should not be managed by third parties.

The head of State revealed that the country is entitled to two billion dollars of such amount, which he suggested to the Bank of Mexico to use it to pay debts, but the entity does not agree.

Lopez Obrador ironically referred to the attitude of the IMF, which has suddenly become a democratic entity, while the specialists of the Bank of Mexico, the issuing entity, play their game and say that the debt cannot be paid with those resources, but we are going to insist on that approach.

The ruler explained that Mexico is going to receive a minimum percentage of those resources, but it will have to pay interest charges on them. So, is there a reason to continue increasing the debt with other allocations? Can those resources be used directly to lower the profile of the debt?, he wondered.

Lopez Obrador told the officials of the Mexican issuing entity that since he became President of the Republic, the country’s international reserves have grown by 20 billion dollars and the debt has not gone up in real terms.

He announced that six billion more will be placed in the financial market to seek the corresponding benefits in favor of the Mexican people.

They do not even know, the president concluded, the damage caused by corruption, nor the importance of moral economy, or that there must be progress, but with justice.

How is a Summit of the Americas possible without everyone?

Mexican president to arrive in Cuba on Saturday

How is a Summit of the Americas possible without everyone?

Mexican president to arrive in Cuba on Saturday