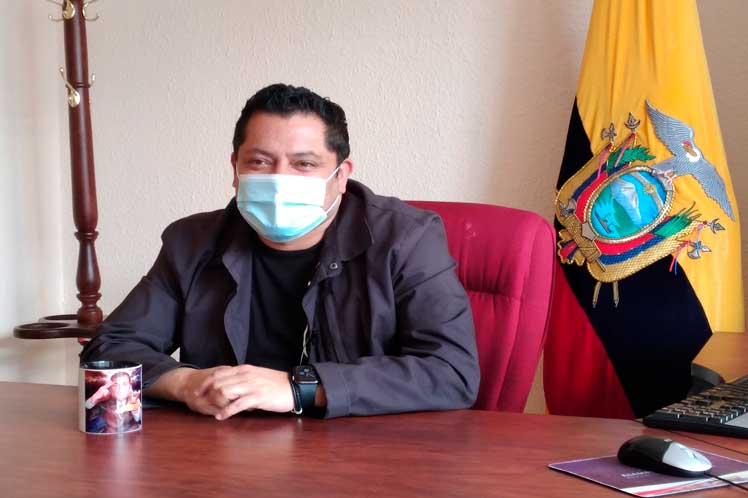 For the third time, Interpol considered the request, made last May, by Judge Walter Macías, in the Bribery case, inadmissible.

In that case, the former president was sentenced, in absentia, to eight years in prison for alleged aggravated bribery, in a process full of irregularities and denounced for being part of the political persecution against Correa, according to the defense team and political personalities.

‘Once again, Ecuadorian justice makes a fool of itself. Nobody believes them. Everyone knows that it is a vulgar political persecution,’ the former president, living in Belgium since the end of his second presidential term, 2017, said in his Twitter account.

According to Correa: ‘sooner rather than later it will be they who will have to face true justice.’

In exclusive statements to Prensa Latina about the opinion of the international organization, Assemblyman Fausto Jarrín assured that it is the chronicle of an announced death.

‘Once again Interpol applies the limits imposed by Article 2 of its statute, related to the adjustment to the guarantees of human rights and says that Ecuador’s request would be in breach of those parameters and requirements, he decided to deny the order sent just over two months ago, ‘he said.

In his opinion, the ruling is a new setback for the Ecuadorian justice system and a triumph for the leaders and militants of the Citizen Revolution, led by Correa, who have been victims of a strong legal war and political persecution.

Likewise, he insisted that the Citizen Revolution was politically persecuted, since internationally they continue to say no to a politicized justice, a flawed process, full of violations of human rights and the guarantees of due process.

The cause, which he defined as crude and forced, was linked to the alleged irregular financing, in the period 2012-2016, of proselytizing activities of the Alianza País party, which was the ruling party during the ex-president’s administration.