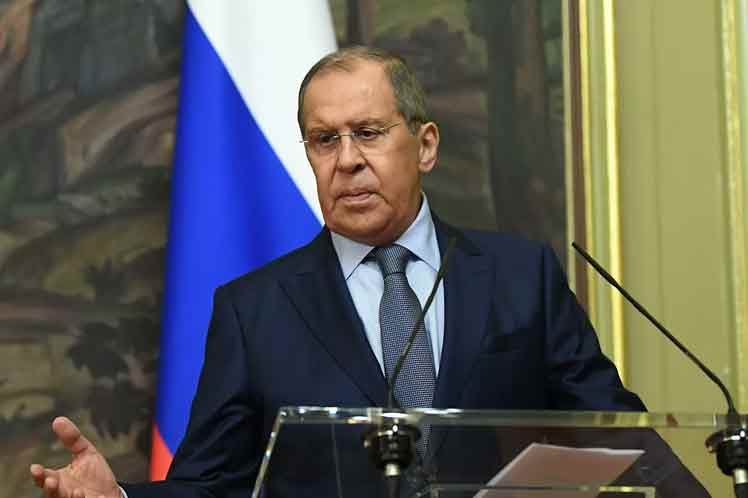 At a joint press conference with Foreign Minister of the Government of the National Unity of Libya, Najla al Mangoush, Lavrov reiterated that his country will promote talks among Afghan political groups and will seek to translate the results into concrete action.

The minister hailed the announced meeting, which will be attended by the head of the Council for National Reconciliation, Abdula Abdula; former president Hamid Karzai and the leader of the Hezb-e-Islami Islamic party, Gulbuddin Hekmatyar, Sputnik news agency reported.

On behalf of his country, the diplomat offered to reopen the negotiating table of Moscow, which involved representatives from five central Asian countries, as well as China, the United States, India, Iran, Pakistan, Russia and Afghan belligerent forces.

He said that this proposal has not been officially presented yet, but the efficacy of this format in Afghan negotiations was acknowledged by everybody, and they are willing to relaunch it if it were necessary.

The minister criticized the fact that Afghan President Ashraf Ghani did not strive to fulfill the commitments reached with the Taliban movement. When politicians cannot work with efficiency, the tentation to solve the problem by force increases, he said.

The insurgent forces seized Kabul on August 15, which sped up the fall of the Ghani administration, who fled the country.

The Talibans announced they will hold a national dialogue to form a transparent, inclusive and Islamic government.