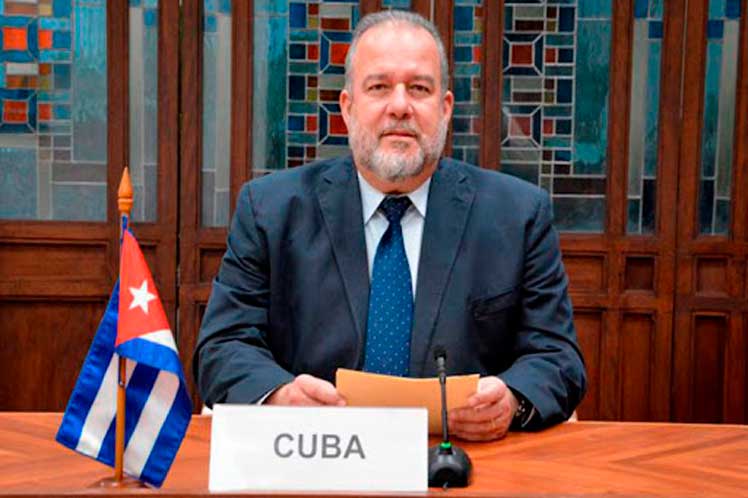 Addressing by video message the meeting of the EAEU Intergovernmental Council in the Kyrgyz city of Cholpon-Ata, the head of the Executive said that Cuba considers relevant the intersectoral exchanges and the strengthening of the joint work in areas of common interest.

Marrero stressed that only through joint efforts, the spread of the pandemic and minimize its consequences could be curbed.

The official also ratified Havana’s interest in achieving the active participation of Eurasian businessmen in investment projects in the country, increasing and diversifying exports of goods and services.

Marrero indicated that the implementation of joint projects in several sectors, especially in those related to the exploration and production of hydrocarbons, pharmaceutical and biotechnology industries, agriculture, transportation and the iron and steel industry, is also among his priorities.

The prime minister reiterated Cuba’s willingness to deepen relations in the tourist sector, with emphasis on the corporate and health modality, in accordance with the characteristics of the markets of the member states.

Representatives of the EAEU member states: Russia, Belarus, Kazakhstan, Armenia and Kyrgyzstan, as well as Moldova, Uzbekistan and Cuba, which have observer status, are participating in the meeting.

Cuba’s Ambassador to the Russian Federation Julio Garmendia, appointed by his Government as Permanent Representative to the Eurasian Economic Commission, attended the event on the Cuban side.