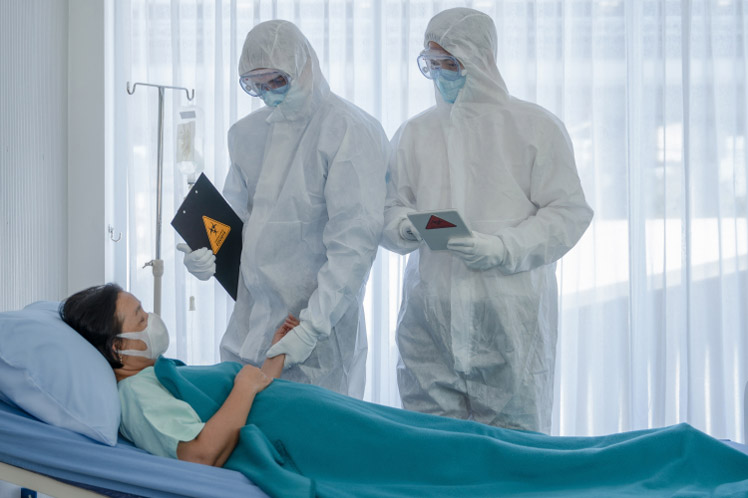 The article, which belongs to the American Association for the Advancement of Science, noted that almost 20 percent of deaths from Covid-19 are due to the generation of those proteins, and attached importance to its effects by citing studies carried out in Spain by the Human Genetics Consortium.

The analysis of over 3,500 critically Covid-19 patients revealed that nearly 14 percent had defective antibodies, which are being more frequent in people over their 60s and in those with some previous immunological pathologies.

Carlos Rodriguez-Gallego, an immunologist at the University Hospital of Gran Canaria, Spain, and Doctor Negrin, co-author of the study, explained the possibility that part of the reinfections in vaccinated patients are due to those glycoproteins, a finding to be taken into account for the future selection of risk groups to receive a third dose.

The expert assured that a special test to detect those molecules is already possible; so physicians can know whether an afflicted is at greater risk of suffering a severe stage of Covid-19, and they can treat them in the first days with interferon.

Meanwhile, a second study identified the TLR7 gene mutation, present on the X chromosome, which predisposes to suffer the severity of Covid-19 more in men because they carry a copy of the organelle.

The finding of that hereditary defect could explain almost 2.0 percent of the severe Covid-19 pneumonia cases under 60 years old.

Manel Juan, an immunologist at the Hospital Clinic de Barcelona, commented that future research could look into whether those risk factors also influence reinfections in fully immunized individuals.

Unlike men, women have two copies of X chromosomes which, according to the study, is a life insurance because they contain several key genes for the proper functioning of the immune system.

‘Having two versions of that chromosome means that the healthy copy can counteract the effects of the defective one if it exists, something simply impossible when only one version is available,’ the scientist concluded.