Russia accuses the US of causing deterioration of bilateral relations 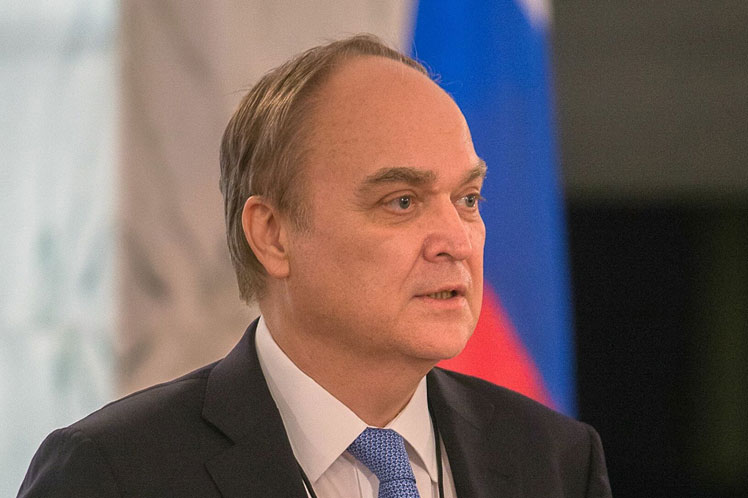 Russia accuses the US of causing deterioration of bilateral relations

Antonov denounced that the White House took the measures using artificial pretexts, since no evidence was ever provided of the use of poisonous substances against the life of the opposer Alexei Navalny by Moscow.

‘Russia, unlike the United States, completely eliminated all its chemical weapons stocks in 2017, which was confirmed by the Organization for the Prohibition of Chemical Weapons,’ the ambassador stressed.

The US government announced on Friday the imposition of restrictions on nine Russian citizens and four organizations that, according to Washington, are involved in the incident with Navalny, who is imprisoned in Russia for violating the country’s laws.

The State Department also reported on the establishment of new sanctions on the importation of firearms and ammunition from Russia and on the export of products and technologies related to the spheres of missile production and nuclear power.

The head of the embassy in Washington also denounced in statements to the press the US-imposed measures against the Nord Stream 2 gas pipeline, whose construction between Russia and Germany is about to end.

As he said, this decision violates international law and contradicts the principle of free market relations. ‘From the beginning, Washington tried to prevent the development of Russia’s normal energy cooperation with Europe,’ he pointed out.

Antonov stated that the US unilateral actions are not ‘more than an attempt to obtain competitive advantages for its suppliers of fuel and technology,’ he said, and indicated that ‘the format of the use of the gas pipeline should be determined by Europe, mainly by Germany, and not by the United States’.