Activists peacefully take over Ministry of Petroleum in Norway 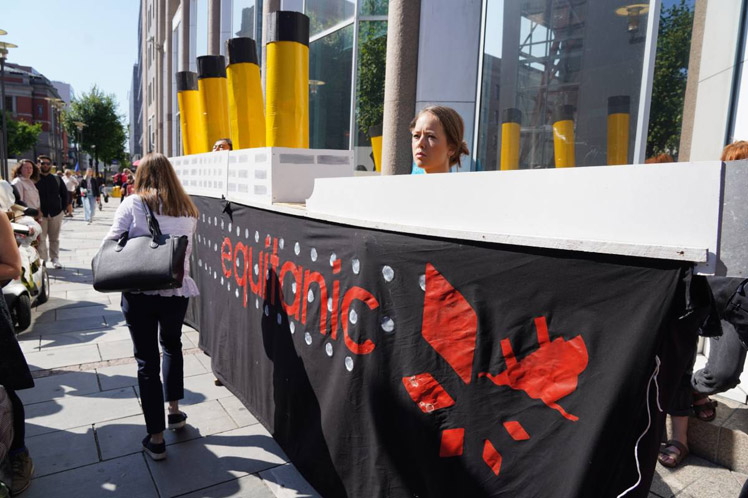 Activists peacefully take over Ministry of Petroleum in Norway

These are members of the Extinction Rebellion group, which blocked the main entrance to the ministerial headquarters and called for the cessation of hydrocarbon exploitation.

Norway is the main producer in Western Europe and pumps about four million barrels daily.

In addition to a hundred protesters on the outskirts of the building with banners and messages in the palms of their hands, 17 people took the lobby of the Ministry to demand from its head, Tina Bru, the cessation of all activity in the sector.

The police, meanwhile, informed the NRK television station they would not suppress the protests for the moment, although they invited them to withdraw in the next 20 minutes.

‘For decades we have written letters, we have spoken, we have demonstrated. They let us talk, but they are not listening, ‘young Hanna Kristina Jakobsen said over a megaphone to the crowd.

That is why we now do peaceful civil disobedience. We are desperate, added the 22-year-old woman.

The issue is a point of debate for the September 13 elections, in which a center-left opposition is expected to defeat the conservative-led coalition.

Minister Bru said that while she shares concerns about climate change, protesters use what she called undemocratic methods that will not deliver results.

We will never be successful in fighting climate change if we scrap democracy along the way, she said in a statement.