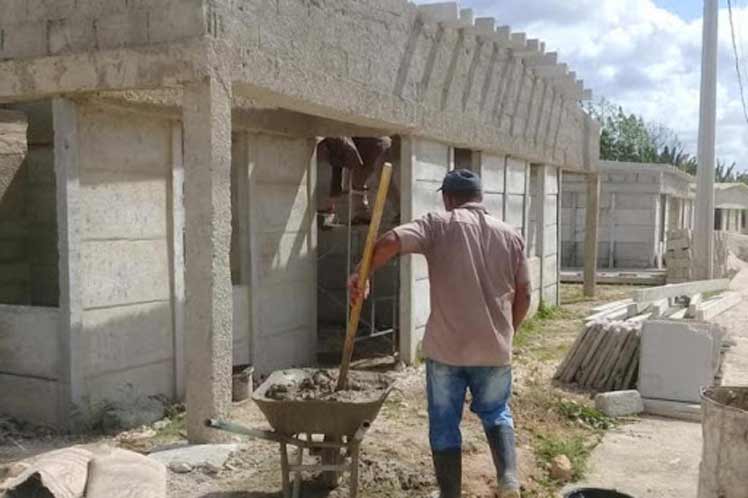 From the beginning of the project we have watched over this matter, he said in an interview with Granma newspaper, and explained that in the initial phase there are important aspects to follow, such as adjusting to the material and financial resources of each territory, without negatively impacting the final score.

The owner pointed out that a priority is to demand for the quality of the construction materials that are produced in the municipalities and provinces, which are used in the housing program.

At the same time, audits are carried out by the State Construction Inspection Offices.

Cuba began to implement in 2019 a policy for the construction of houses that promoted the completion of 91,863 residences in the first two years, while 57,452 rehabilitation actions were completed.

However, the Covid-19 pandemic, the intensification of the United States economic blockade and the global crisis impacted on the delays that this effort currently exhibits.

According to the minister of the branch, at the end of the first semester of 2021 only 9,323 homes were completed, which represents 21 percent of the plan for that stage, between state enterprises, by their own efforts and the subsidies granted to people. .

Likewise, as part of the policy designed to benefit mothers, fathers or legal guardians who have three or more children under their care or under 17 years of age, at the end of 2020 more than 5,800 families benefited; but in the current year only 117 properties were completed, of the 5,658 planned.

The Caribbean nation has a housing deficit of over 929 thousand homes, to which is added the poor construction conditions of a significant number of these, which gave rise to the country’s policy on the subject.

Although that decision prompted the actions, the quality of the buildings continues as a debt and cause for concern of the citizens, the parliament and a permanent point in the analyzes on the subject carried out by the government’s leadership.