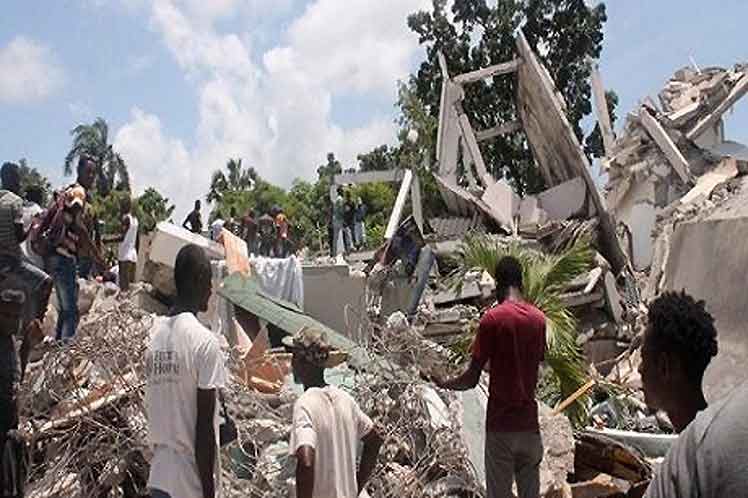 More than 52,000 houses were destroyed, another 77,000 suffered minor and serious damage and thousands of families are living on the streets, without access to basic services.

The Prime Minister, who completed his first month in office last Friday, assured that the Government is aware of the situation and pointed out that they are currently facing the challenge of rebuilding the southern peninsula, which was previously devastated by Hurricane Matthew with a toll of hundreds of victims.

Some 2,207 people died as a consequence of the earthquake, more than 12,000 were injured and 300 are still missing in the South, Grand Anse and Nippes departments.

The earthquake hit mountainous areas, causing intense landslides blocking roads and limiting the arrival of aid to the victims, admitted the authorities. Haiti has not yet recovered from the deadly earthquake of 2010, which killed over 200,000 people, displaced 1.5 million Haitians and toppled the country’s main state buildings, including the National Palace.

Eleven years later, very few of these infrastructures have been rebuilt, while the country is immersed in an acute socio-political and economic crisis, exacerbated by the assassination of President Jovenel Moïse on July 7.

Countries such as Venezuela, Chile, Panama, Spain and others sent humanitarian aid, while Cuba deployed its doctors in the areas most affected by the earthquake.