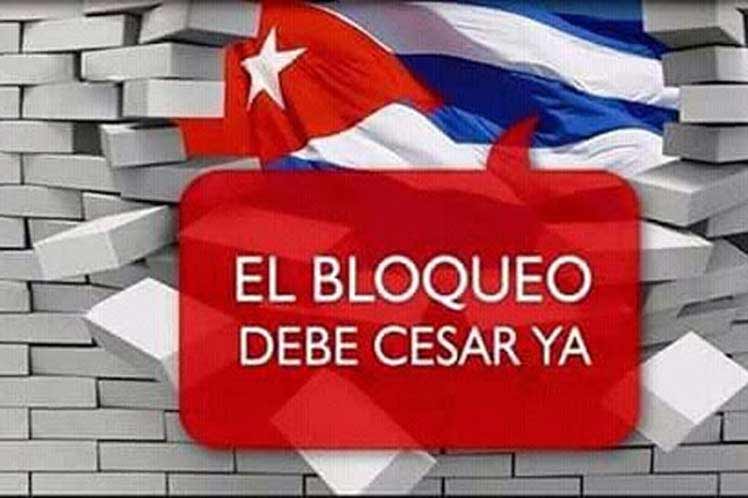 According to the text published in Progreso Semanal, in addition to the number of legal provisions that impose ‘implacable sanctions on all aspects of Cuba’s ability to advance economically,’ it prohibits the island from normal commercial relations with the United States and the rest of the planet.

It says, in turn, prevents the use of Internet technologies and services in Cuba, such as Zoom, Nvidia, Oracle, Dell and Adobe, designed to make it difficult for the Cuban government and its people to interact on equal terms within the modern world.

But the misperception persists that it is the Cuban side that arbitrarily restricts the Internet, the report says.

In its analysis of the behavior of the media, especially after the July 11 riots in the Caribbean country, the journalist says that a serious assessment of the destructive impact of this suffocation policy escaped.

It also clarified that some think that although the United States created an exception to its trade embargo (blockade) on the Caribbean country in 2000 to allow the sale of food and medicine, in an August 7 editorial in The New York Times newspaper, they are intentionally missing details.

Nothing was discussed about the considerable obstacles that US companies have to face in conducting business with Cuba such as the prohibition of US government support and private financing for such exports.

They also do not allow access to US government credit guarantees and USDA (Department of Agriculture) export promotion programs, he noted.

‘The result is that little is bought, and the exception does not improve the damaging economic impact of the embargo. And, of course, no Cuban exports to the United States are allowed,’ added the report.

It considers this information would have provided a better interpretation, ‘but the bias of the media is revealed as much or more by what they decide not to publish.’

It recalled that Washington made its objective clear when in April 1960 in a secret memorandum from Undersecretary of State Lester Mallory theofficial recommended denying ‘money and supplies to Cuba’ in order ‘to provoke hunger, despair and the overthrow of the government,’ added the journalist.

‘President Dwight Eisenhower approved it, saying that if the Cuban people were hungry they would drive out the revolutionaries,’ he emphasized, and ‘that mentality remains fully ingrained in the current US regime change strategy.’