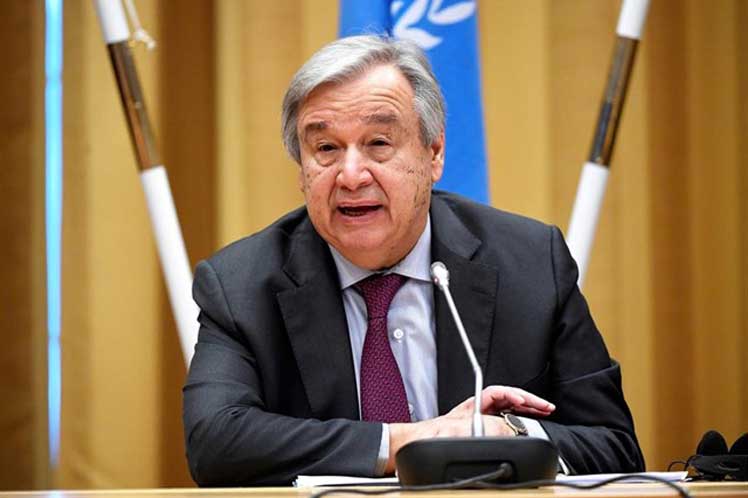 He also noted that most of the UN personnel, especially humanitarians, want to stay and deliver to respond to the dramatic needs of the Afghan people. But, he added, he shares their concern, anxiety and pain, stressing that the safety of all UN personnel in Afghanistan is his top priority.

The World Health Organization (WHO) said it has been distributing life-saving supplies to health facilities and its partners in Kabul, Kandahar and Kunduz.

However, WHO said that it now only have enough supplies in-country to last for one week and 70% of the supplies were released to health centers.

According to WHO, over 500 metric tons of medicines and supplies remain in their warehouses in Dubai. They were ready and planned to be delivered to Afghanistan this week, but Kabul airport remains closed to commercial flights and based on operational and security constraints, countries sending in empty planes to pick up evacuees do not feel they are able to help at this point.

For its part, the World Food Program (WFP) said that operations have been underway at all WFP Afghan field offices, as well as Kabul. However, WFP also warned that it is due to run out of some food stocks such as wheat flour as early as October, and it requires immediate upfront funds to support the millions of people depending on them to deliver food.

UNDP has distributed corn, tomato, cucumber, squash, okra and 40 kg of fertilizer to 600 farmers in rural Nangahar for the next cropping season so that they can continue selling in local markets.

In a special session on Afghanistan, the High Commissioner for Human Rights, Michelle Bachelet, said that in recent weeks, her Office has received harrowing and credible reports of the impact on civilians of violations of human rights and of international humanitarian law, by parties to the conflict.