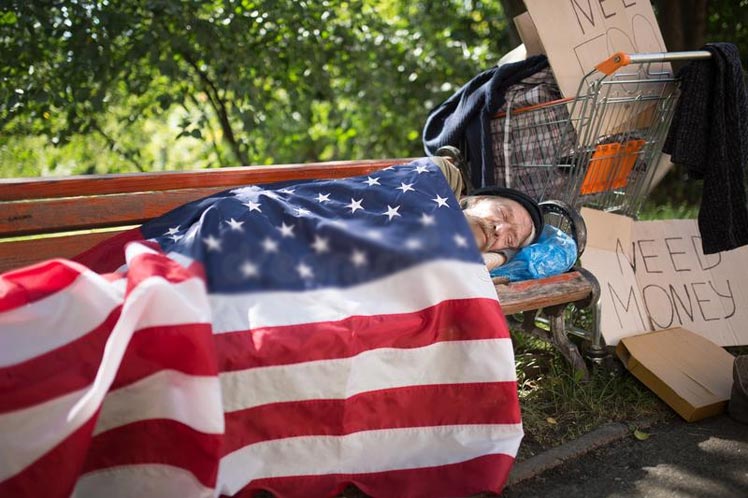 According to the Institute for Policy Studies (IPS), the gain of the wealthiest class grew from 3 trillion dollars at the onset of the crisis in March 2020 to 4.8 trillion dollars in August 2021; thus, their fortunes soared by 62 percent.

The 15 wealthiest people in the United States, including entrepreneur Elon Musk, could pay half the 3.5 trillion-dollar budget package President Joe Biden is trying to push through, researcher Chuck Collins noted.

Not only grew the affluence of billionaires grow, but also wen up the number of the wealthy, as in March, 2020 there were 614 Americans with 10-figure bank accounts and in August, 2021 there were 708.

That growth contrasts with the devastating Covid-19 impact on the working class in the country, because over 86 million people lost their jobs, almost 38 million caught the novel coronavirus and there were over 625,000 deaths from Covid-19.

‘The billionaires’ bonanza demonstrates the flaws that Biden and congressional Democrats are attempting to remedy through the 3.5 trillion-dollar package approved by the Senate and under discussion by the House,’ Collins warned.

If the package becomes law this fall, the wealthy and corporations will have to pay their fair share of taxes, and will not raise taxes on any citizen earning less than 400,000 dollars a year, Collins, author of the IPS investigation.

That will aid working families and make more affordable healthcare, elder and child care, housing, education and investment in clean energy, he concluded.