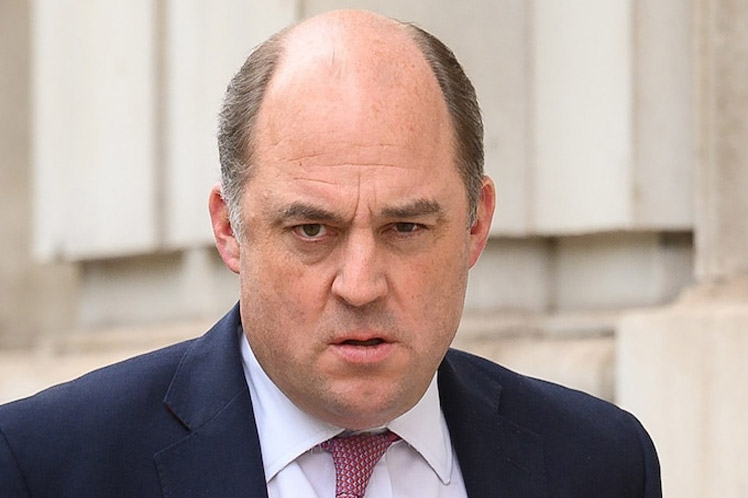 As per Wallace’s explanation, the center where asylum requests were processed at the Baron hotel, near the Kabul airport, was closed at dawn on Friday; two attacks occurred there on Thursday, leaving about a hundred dead, including 13 US soldiers.

‘We will process the people that we’ve brought with us, the 1,000 people approximately in the airfield now and we will seek a way to continue to find a few people in the crowds where we can, but overall the main processing is now closed and we have a matter of hours (to go out),’ declared the head of Defense to the Sky News chain.

The official admitted next that the ‘sad reality’ is that not all those who wish to leave Afghanistan after the takeover by the Taliban will be able to do so.

So far, 13,146 people, including some 8,000 Afghans, 4,000 British citizens and diplomats and individuals of other nationalities, have been evacuated via the Kabul airport on Royal Air Force flights as of August 13th, when London launched the operation.

The Taliban movement, which was never totally defeated during the 20 years of the foreign occupation, began to regain ground in Afghanistan in 2019, following the start of the withdrawal of the US-led coalition, and entered Kabul on August 15th without encountering resistance from the armed forces of President Ashraf Ghani, who fled to the United Arab Emirates.

The return to power of the extremist group caused thousands of people, most of them collaborators of the occupation forces, to flock to the airport in the hope of being evacuated along with foreign personnel before the deadline for the departure of the US troops on August 31st.