US warns of possible new attacks in Afghanistan 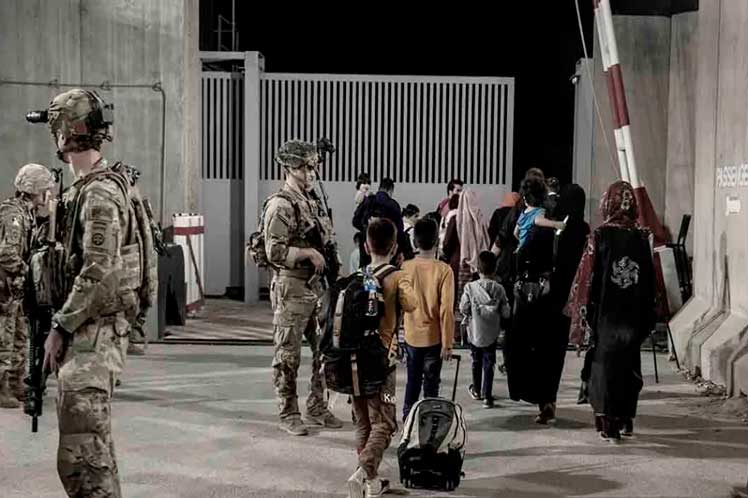 US warns of possible new attacks in Afghanistan

Advisers to President Joe Biden warned the head of State about the credible threats of attacks such as those that occurred this Thursday in the vicinity of the airport in Kabul, the Afghan capital, which killed a hundred people, including 13 US soldiers.

According to the White House press secretary, Jen Psaki, the next days of this mission, scheduled to end on August 31, will be the most dangerous period.

Psaki noted that they take maximum protection measures at the Kabul air terminal, where the US troops continue the process of evacuating their Afghan citizens and collaborators.

President Biden announced the day before that he asked the military chiefs to draw up different plans to attack the Islamic State (IS) in retaliation for the detonations at the air terminal.

Thousands of people are waiting to leave the Central Asian country, devastated after two decades of war promoted by Washington and its allies and also out of fear of the Taliban movement, with whom Washington is in close contact, said the press chief of the Democratic administration.

As the spokeswoman pointed out, they will even work together to guarantee the safety of evacuations from Afghanistan after the deadline for the withdrawal of the military, next Tuesday, August 31.

However, she specified that the US government rules out for the moment recognizing an Afghan government led by the Taliban, something they have discussed with international allies.

The White House reported that more than 100,000 people left Afghanistan since the end of July, 12,500 aboard US military aircraft on Thursday despite the attacks.