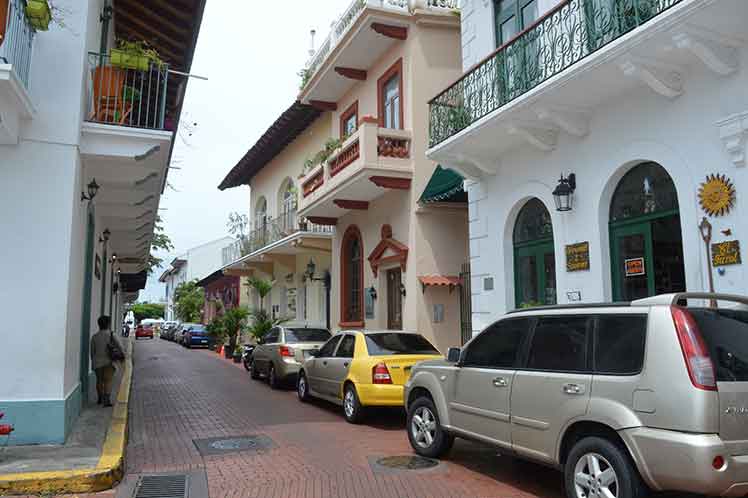 Old churches, squares, small handicraft and souvenir stores, government buildings, restaurants, bars and cafes make up the environment of this neighborhood, where the visitor finds emblematic spaces such as the Plaza de los Próceres or the headquarters of the Amphictyonic Congress, convened in 1826 by the Liberator, Simón Bolívar.

Founded on January 21, 1673, two years after the looting of the original settlement of Old Panama by the English pirate Henry Morgan, Casco Antiguo not only offers the colonial air of the capital city, but it is also a faithful witness of tradition, history and legends.

It shelters the Municipal Palace, where the independence of Panama from the Spanish colony was proclaimed (1821) and the separation of the great Colombia (1903), among other legendary buildings such as the Cathedral Basilica Santa Maria la Antigua, episcopal seat of the archdiocese of the metropolis, which was consecrated in 1796, although the construction work began in 1688.

Home of the patron saint of Panama, the imposing temple shows its beauty. A milestone of transcendence is the fact that the altar was blessed in January 2019 by Pope Francis during his first visit to the Central American country, as a result of the XXXIV edition of the World Youth Day of the Catholic Church.

Among the attractions of Casco Antiguo are the Panama Canal Museum, located in the first administrative building of the waterway; the ruins of archaic buildings devoured by the fires of 1737, 1756 and 1781, and the Cathedral Plaza, a meeting point for tourists, retirees, artists and vendors.

Just before ascending to the artillery positions that defended the city, there is a group of monuments dedicated to the French phase of the Canal, a tribute to the men who initiated this centennial work. In an obelisk that gathers several busts and statuettes, among them those of Cuban doctor Carlos J. Finlay.

The bohemian atmosphere that surrounds the site, which for almost 300 years was the social center of the city, can be appreciated in the bars and restaurants located in the surroundings of the park, which preserve their walls and facades intact; and although it was once the meeting point for local gossipers, today it is almost exclusively for foreign tourists.

According to historical data, the also known as Casco Viejo did not always have its current physiognomy, because during the XVIII century it was victim of three great fires that partially destroyed it and modified its initial structure, at the end of the XIX century and the first half of the XX century.

This restructuring allowed to insert within the ruins and colonial buildings other neoclassical, Afro-Antillean constructions and small samples of art deco, a mixture that in the opinion of some foreign visitors minimizes the charm of the old.