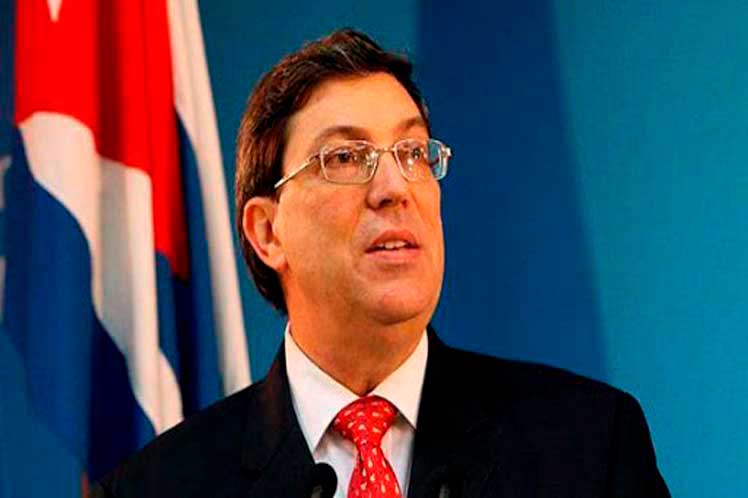 In a message published on his Twitter account, the Foreign Affairs minister shared a timeline with facts that confirm these purposes between June and August of this year.

According to Rodriguez, the list exposes the incessant actions of unconventional warfare, promoted by the U.S. government, with the purpose of discrediting Cuba and fracturing the tranquility of the citizenry.

The chronology mentions, among other facts, the certification of the Florida State Department to the Proactive Miami company to receive state funds in coincidence with the launching of the hashtag #SOSCuba, on June 15.

‘The company’s directors and operators are closely related to ADN Cuba, a media outlet financed by USAID for the communication war,’ the digital publication adds.

That same day, the organization called for a demonstration in front of the United Nations headquarters in New York in connection with the vote against the blockade.

On August 11, the disturbances began in the Caribbean nation in the town of San Antonio de los Baños, Artemisa province (west), where part of the foreign press accredited in Cuba was present.

On August 16, Reuters published an investigation in which it shows that the protest was not spontaneous: it had been organized in a Facebook group with a local theme with the participation of Cubans from inside and outside the island, it specifies.

During July 12 and 13, the campaign intensified the dissemination of false news and reports of alleged missing and imprisoned people.

On July 20, the Ministry of Foreign Affairs denounced US pressures on Latin American and Eastern European countries to promote a declaration condemning Cuba for its response to the demonstrations.

This campaign, the chronology adds, remains active in the midst of a complex sanitary situation due to the impact of Covid-19 and the difficulties for the production of oxygen.

Finally, the publication highlights the investigation of the Mint Press News portal which confirms the efforts of Creative Associates International, a Non-Governmental Organization at the service of the CIA, to implement soft power techniques aimed at generating a change of regime in the Caribbean nation.