Hawaianas, as Brazilian as the samba 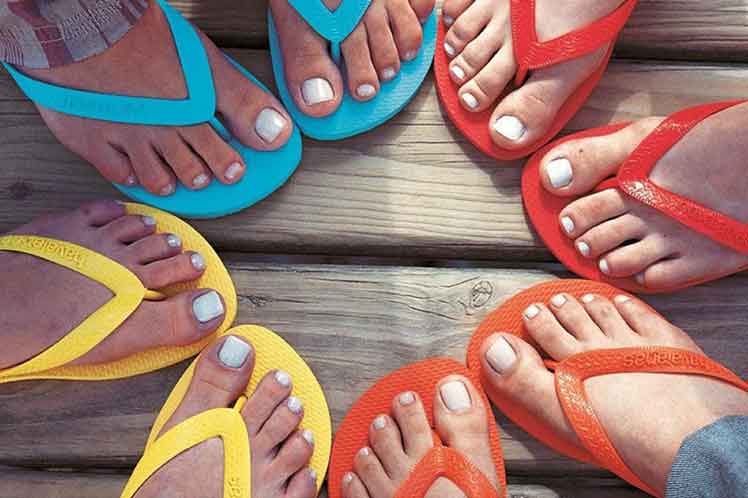 Hawaianas, as Brazilian as the samba

The first ones appeared in 1962, inspired by a typical Japanese espadrille called ‘zori’, made with fabric straps and rice straw soles.

Because of this, the rubber soles of Havaianas have a texture that reproduces the grains of the aforementioned cereal, one of the many details that make them unique. At first they were only manufactured in blue and white, but due to a mistake, in 1969 they were also sold in green. To the surprise of many, the proposal was a accepted and was a success, opening up the possibilities for a wide range of colors such as brown, yellow and black.

They proved so popular that during the 1970s and 1980s more than 80 million pairs were sold annually in the South American giant. At the time, it was a huarache aimed at construction workers, until the famous model Gisele Bundchen took the brand abroad.

Historians assure that it became such an indispensable garment in the lives of Brazilians that it was already considered one of the items in the basic food basket, like beans and rice. A survey revealed that there were at least a couple of them in the homes of Rio de Janeiro and Sao Paulo.

In 1994 almost the whole country wore them and on television many celebrities boastfully showed off their feet. The furor was so great that at the end of that decade Havaianas Baby was created for those who had barely learned to walk.

With the 1998 World Cup in France, a new design with a small Brazilian flag on the strap was launched, which became an object of desire abroad and a source of pride for Brazilians, who claim that the soccer cup did not stay with them (they lost 0-3 against the French in the final), but the ‘Havaianas Brazil will be ours forever’.

When the year 2000 arrived, the footwear became a national icon and foreign fashion. There was no lack of advertising in the pages of the main magazines and newspapers all over the world, and it started to be sold in more than 60 countries.

Since 2003, Havaianas has participated in the Oscar awards, giving each nominee an exclusive pair of sandals.

A year later, a special edition of the flip-flops was presented, signed by jeweler H. Stern, with an 18-karat gold and diamond finish – a real gem!

A symbol of Brazilian joy all over the world, the brand definitively planted its flag in the United States in 2007 and began its second phase of international expansion.

Havaianas are currently worn by two out of three Brazilians, who consider them the most comfortable shoes in the world.