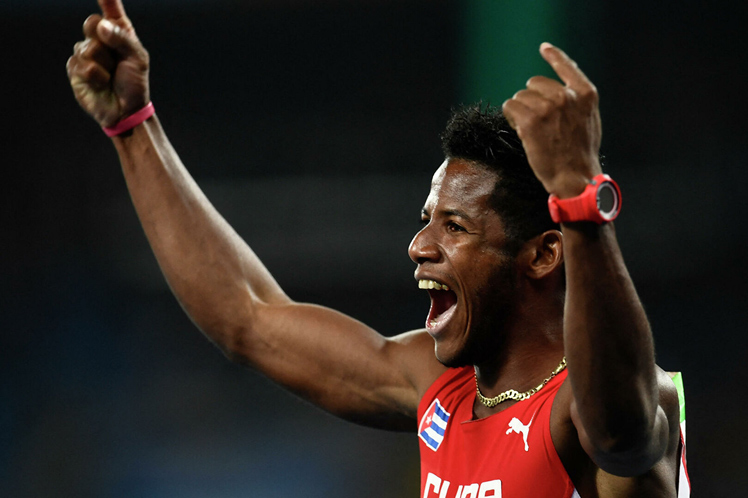 In an emotional test, Savón reached 7.16 meters, his personal best and Pan-American record, to win his third medal, silver in these Paralympics after the two titles won in Rio de Janeiro 2016 and the first in the island’s in the Japanese games, scheduled until Sunday.

The 32-year-old, from the eastern Cuban province of Guantánamo, left behind the 6, 89 meters achieved by him this season to climb the awards podium, only surpassed by the Iranian Amir Khosravani, monarch, with a stretch of 7, 21, and ahead of the Azerbaijani Said Najafzade, third (7.03).

After launching the path of the medals for Cuba in the Japanese competition, Savón told in exclusive for Prensa Latina that it felt ‘very nice’ to give his country the first medal after failing to do so in the 100-meter dash, a test in which He started among the favorites and did not go beyond the qualifying phase, despite being one of the specialties of his preference.

According to the Antillean, he arrived very motivated not to miss the opportunity to conquer a medal, ‘I dried my tears and came here to give everything in the jump’ leaving behind the poor presentation in the hectometer.

In addition, he qualified at the level of athletes who jumped over seven meters and knew that in order to obtain a medal he had to surpass that mark, and with a first attempt of 6.92 meters it would not be enough to finish among the first three, so he was determined to seek a higher mark.

Now I am going to enjoy this medal and then maintain my dedication in training to defend my flag and continue on the podium because I really like athletics, he said.

Savón dedicated the award to the Cuban people, at such a complex time for the Antillean nation due to the impact of the Covid-19 epidemic, to his family, to the Cuban Revolution and, especially, to his mother and young daughter, to all the teachers and group that prepared him, who always trusted him and never lost faith.

The joys of the largest of the Antilles continued this Monday, with the bronze award of the disc thrower Leonardo Díaz in the F56 class, with a progressive disability of the upper part of the legs to the feet or the absence of limbs.

The scepter of the specialty was held by the Brazilian Claudiney Batista dos Santos with a Paralympic primacy of 45.59, and the runner-up, the Indian Yogesh Kathuniya (44.38) who won silver.