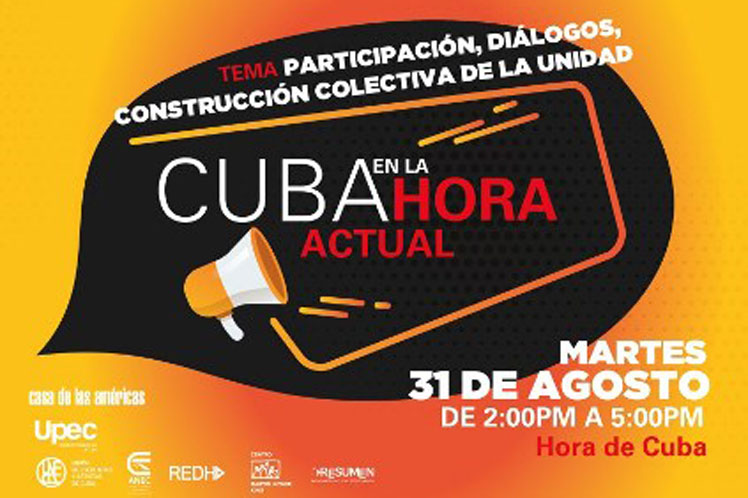 Gerardo Hernández, coordinator of the Committees for the Defense of the Revolution (CDR), affirmed that these actions are not a consequence of the disturbances caused in the country on July 11, an opinion matrix that tries to position itself as part of the political communication US campaign against the nation.

In the third edition of the Cuban theoretical meeting on current times, dedicated to participation, dialogue and the collective construction of unity, the Hero of the Republic ratified that the changes in the communities are included in the governing documents of the Communist Party of Cuba.

Hernández stressed these contain ‘the projections of the country and where we want to advance.’

It also recognized there have been shortcomings in the implementation of this strategy, however, the decisions adopted contemplate the attention of complaints that have not been solved and the participation of representatives of the mass organizations to coordinate the work in each neighborhood (community ).

Hernández stressed that although ‘the problems will not be solved overnight,’ there is a considerable movement of people wanting to contribute, especially neighbors (residents), in transformations that prioritize road, hydraulic, civil, and public infrastructure, health, educational and social institutions.

The work is carried out in a context characterized by limited resources, because as explained by the coordinator of the CDRs, the impact of the Covid-19 pandemic is compounded by the tightening of Washington’s blockade against the island. ‘They are counting on the Cuban people not to resist,’ he said.

For her part, Geydis Fundora, researcher and professor at the Latin American Faculty for Social Sciences (Flacso), urged to promote citizen participation, as this is essential in the analysis of inequalities.

In this sense, she explained how many times not all spaces are used to overcome these gaps, and the more consultative and opinion-based forms of participation predominate, over those that could deal with concrete social differences.

Cuba at the present time brings together national and international experts in order to contribute to the debate on the challenges of the Caribbean nation.

The Network In Defense of Humanity, the Martin Luther King Jr. Memorial Center, Latin American Summary and the National Union of Jurists of Cuba also participate.