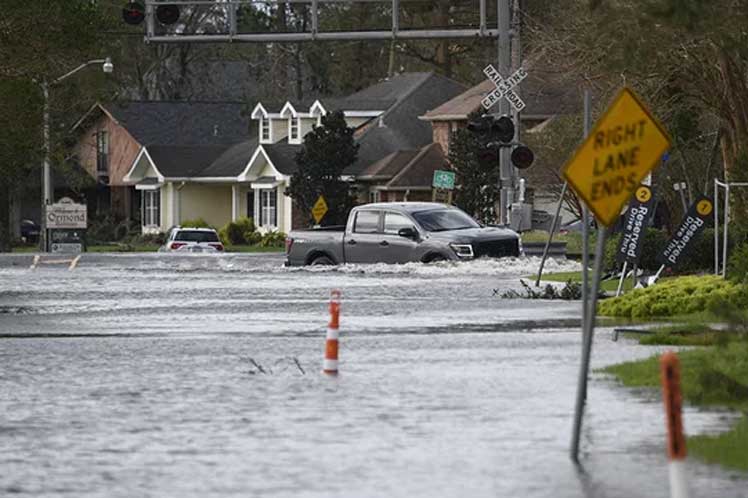 A combination of climate-related factors, such as warm ocean temperatures and rising sea levels, helped fuel Hurricane Ida and its path of destruction, according to scientists cited by the publication.

The assessment appeared after the devastating passage of the category-four hurricane in Louisiana and Mississippi, which caused, among other effects, the power cut for more than a million people.

Jonathan Overpeck, a climate scientist and dean of the School of Environment and Sustainability at the University of Michigan, told The Hill that the warm ocean temperatures in the Gulf of Mexico appear to have caused Ida to strengthen in such a short time.

‘Those warm ocean temperatures, he said, are the fuel for these big tropical storms. In Ida’s case, it quickly escalated to a category-four storm, which is a clear sign of climate change’, Overpeck explained.

The newspaper noted that the heat from the oceans causes evaporation, and that plays an important role in the formation of storms and their intensity level.

Two other factors, he added, are rainfall caused by a warmer atmosphere and storm surges aggravated by rising sea levels.

‘I’m willing to bet money that once the investigation is complete, it will be clear that this storm was reinforced by climate change in all three aspects’, Overpeck said.

In this regard, John Nielsen-Gammon, a climate expert and professor at Texas A&M University, said that these factors are part of a broader pattern and at least in the Atlantic basin, it is seen in the intensity, abundant rainfall and a rise in sea level.

Storm Ida, which caused extensive damage and killed at least one person, happened after harsh warnings from UN about hurricanes.

Fred loses intensity and emerges into the Atlantic

Fred loses intensity and emerges into the Atlantic