A ‘son’ for the ‘Caballero’ of Cuban music 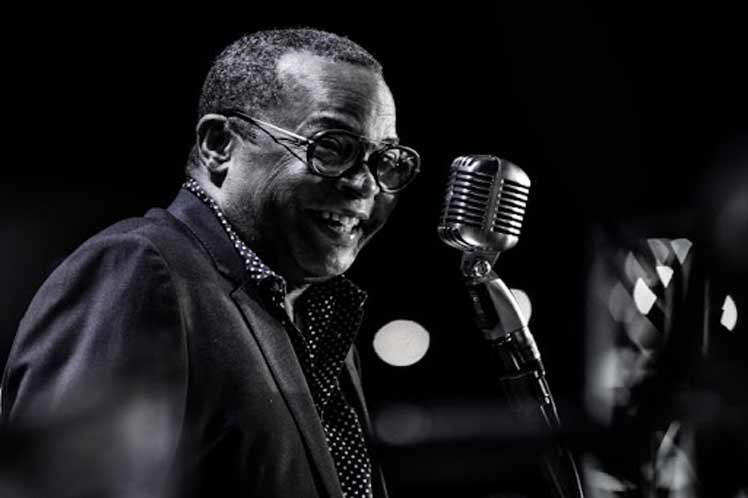 A ‘son’ for the ‘Caballero’ of Cuban music

A faithful defender of identity within the sounds of the island, the ‘Caballero del Son’ left a legacy of some thirty albums, in which he displayed his talents as a composer, arranger, pianist and band leader.

The creator of emblematic Cuban bands such as ‘Son 14’ and ‘Adalberto Alvarez y su Son,’ the Illustrious Son of the City of Camagüey wrote songs that have become classics of Cuban music and sung with outstanding international personalities.

Precisely, in his latest CD-DVD: ‘Son para un sonero. The concert,’ he brought together the talent of creators from Cuba and other nations to recall more than fifteen songs from his discography with Gilberto Santa Rosa, the Septeto Santiaguero, Frank Fernandez, Lazarito Valdes, Samuel Formell, Paulo FG, Alexander Abreu, Alain Perez and others.

The 2008 National Music Award winner represented Cuba in different festivals and stages, where he always defended the Cuban ‘Son,’ a genre for which he fought until he succeeded in establishing a special day in the Cuban calendar to celebrate it (May 8).

During the first celebration of this day, Alvarez recalled the influence of this genre as the ‘father of all styles of popular dance music in Cuba’ and its indissoluble presence in the island’s DNA.

Since the confirmation of his death by the Empresa de Grabaciones y Ediciones Musicales (EGREM), a wave of tributes from institutions, ensembles, artists and fans, have ensued on platforms such as Twitter, Facebook and Instagram, to extol his contributions to Cuban culture.

‘Today the contemporary author of Cuban music most covered in the world physically passes away, but his legacy will never cease to be heard and danced,’ the Septeto Santiaguero said when sharing some quatrains inspired by the ‘master of the soneros.’