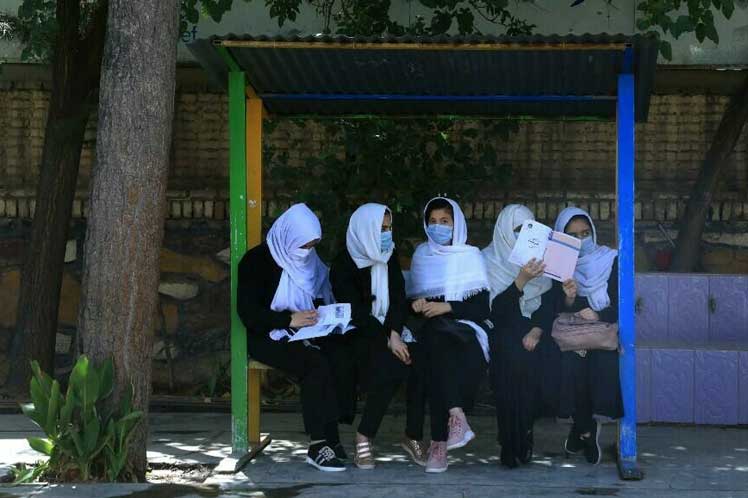 We are deeply concerned about current events in Afghanistan, including multiple reports of violations of women’s rights in many parts of the country, the text says. It was signed among others by President of Greece, Katerina Sakelaropulu.

The document urges the Taliban movement in power to refrain from any action that restricts women’s opportunities in areas such as employment, education, access to health care, culture or public office.

Presidents of Georgia, Salome Zourabichvili, and Moldova, Maia Sandu, also signed the text in which they promise to closely follow the events in that country and listen to their voices.

Other signatories are Prime Minister of Iceland, Katrin Jakobsdóttir, and the President of Slovakia, Zuzana Caputová, managers of the initiative.

We strongly urge Afghan authorities to prevent all forms of violence against women or girls, the document says. Others joining were prime ministers of Denmark, Mette Frederiksen; from Estonia, Kaja Kallas; from Lithuania, Ingrida Simonyté; from Finland, Sanna Marin; and from Norway, Erna Solberg.

On the 15th, the Taliban declared the end of the war in the Asian nation after its combatants entered the capital Kabul, which caused the exodus of thousands of people and generated a scenario of chaos that still goes on in that nation.

Mohammad Naeem, spokesman for the Taliban’s political office, told Al Jazeera that the armed group would soon decide on the type and form of the new government and assured that security will be provided to citizens and diplomatic missions.