Putin highlights that Russia’s economy is back on track 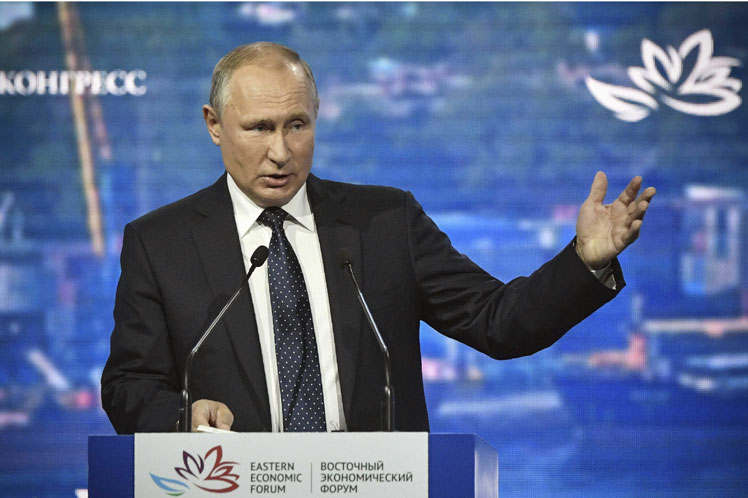 Putin highlights that Russia’s economy is back on track

The president called attention to the broad participation in the event in that city in the Russian Far East, estimated at around four thousand delegates from some 65 countries according to organizers, which shows the interest in the development of the region, he commented.

Putin greeted presidents of Kazakhstan, Kasym-Zhomart Tokáyev, and of Mongolia, Ukhnaagiin Khurelsukh, who participated in the plenary session by videoconference, and welcomed high officials, businessmen and experts from dozens of countries.

He also thanked the leaders of China, India and Thailand for sending words of welcome to the forum, which began last day 2 and which will conclude tomorrow Saturday with the main theme ‘New opportunities for the Far East in a changing world’.

The head of state assured that Russia is an integral part of the Asia-Pacific region and is ready to establish a mutually beneficial partnership with all countries on the territory.

He emphasized that this area represents a third of the world Gross Domestic Product and that for many years it has been the driving locomotive of the global economy.

‘Russia is an integral part of the Asia-Pacific region, we will make up powerful centers of capital attraction and economic development in our Far East regions’, Putin said.

He added that the country foresees the creation of new opportunities for citizens, ‘for the implementation of business ideas and bolder commercial projects’, he said.

In his speech, the Russian president pointed out that the accelerated development of the Far East is an absolute priority for the authorities of the country.