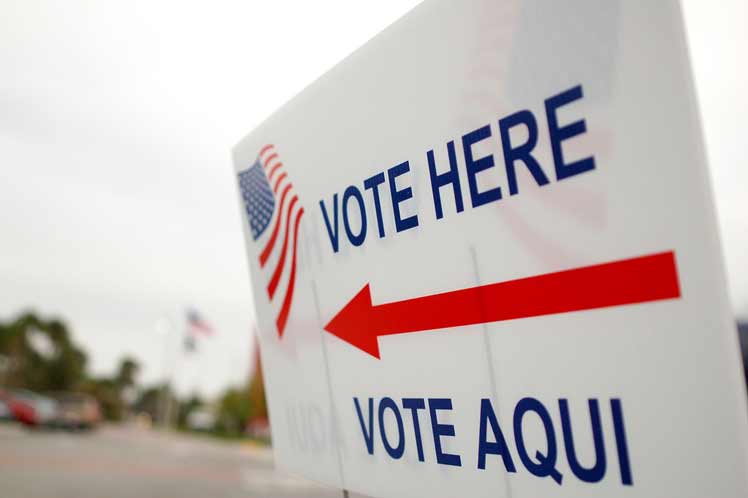 So far this year, at least 18 states have enacted 30 laws restricting voting rights and the number may rise, according to the Brennan Center for Justice at New York University. That issue puts it on the public chessboard and asserts pressure on Democrats.

Thousands of Americans took to the streets last weekend – on the 58th anniversary of Martin Luther King’s historic ‘I have a dream’ speech – to call for passage of federal suffrage legislation stalled in the US Congress.

Although the Voting Rights Act has been in effect since 1965, prohibiting discrimination, some Republican-controlled states advocate highly technical measures to limit political rights for minority groups, especially African-Americans, who vote mainly for Democrats.

The rules vary by territory and range from requiring proof of a fixed residence address to register to vote to prohibiting drive-by voting in the midst of the Covid-19 pandemic.

The Democratic-majority House of Representatives adopted two electoral reform bills this year to curb these restrictions: the so-called People’s Bill and the John Lewis Voting Rights Advancement Act, but these texts have no chance at the moment of overcoming the expected Republican blockage in the Senate.

The main problem is that Democrats would need the support of at least 10 legislators from the opposite side to push the document through the upper chamber, divided 50-50 for each party.

Senate Republican leader Mitch McConnell said publicly that voting rules should be left to the territories, thus ruling out encouraging any such debate.

The Supreme Court also has its share of responsibility in this matter, since last July it validated two electoral rules of the state of Arizona, which leave the Voting Rights Act of 1965 practically without effect and give the green light to other localities to adopt provisions considered restrictive.

Following the ruling, US President Joseph Biden regrestted the court’s decision and urged Congress to ‘repair the damage’ with a law to counteract the various rules passed in the country against the suffrage of Hispanics and African-Americans, mainly.

For their part, civil rights leaders and activists expressed their frustration in a letter sent to the governor, whom they reproached for not putting the ‘extra’ of his political capital while several federal bills on the issue ‘sleep’ in Congress.

The truth is that right now limiting the right to vote, added to the fall in Biden’s approval after the failure of the war in Afghanistan, are a bad omen for the Democrats with a view to the mid-term elections of 2022, analysts estimate.