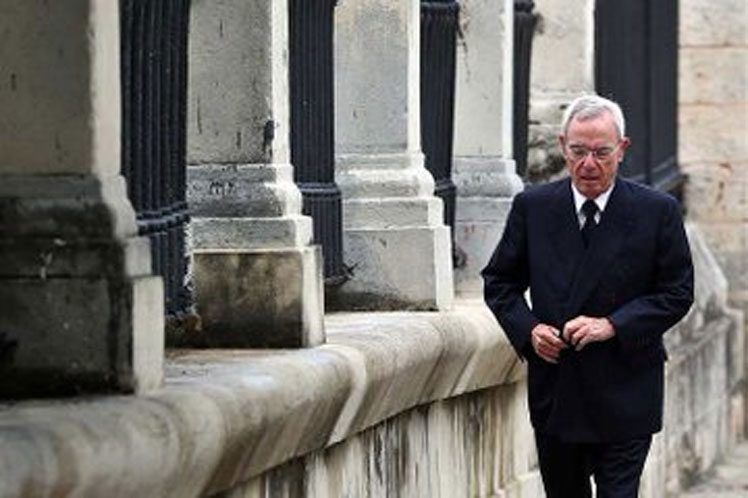 Entitled Ante nuestros ojos: arte y pandemia (Before Our Eyes: Art and Pandemic), the exhibition will be held at the institution associated to the Havana Historian’s Office’s Heritage Office and will open its doors on September 11, Leal’s 79th birthday.

The pieces inspired by the health crisis and its relation with the creative processes bear the signature of renowned figures of the island’s plastic arts such as Lesbia Vent Dumois, Isavel Gimeno, Alicia Leal, Flora Fong, Zaida del Rio, Diana Balboa, Betsy Arias and Liam Dominguez.

Two months ago, several Cuban institutions organized actions to pay tribute to Leal, who died on July 31, 2020 after a life dedicated to the restoration of the Historic Center of this city and the rescue of Cuban heritage. In that sense, the project Routes and Walks in Cuba stands out, which in its 2021 edition distinguished the multifaceted work of the Doctor of Historical Sciences and socialized the tags #LealDiplomat, #LealArcheologist #LealEcologist and #LealCulturalManager.

With the slogan Andar La Habana. Tras la ruta de Eusebio Leal (Walk Havana. Follwing Eusebio Leal’s Route), the proposal approached the gifts of its founder and highlighted his ability to ‘understand artistic creation with the sensitivity of an artist and the sharp judgment of an art critic.’

In his prolific career as a researcher, politician and academic, he wrote essays, prologues and articles on history, art, restoration and other general topics, while he was awarded some thirty medals and decorations by prestigious institutions in countries of all continents.