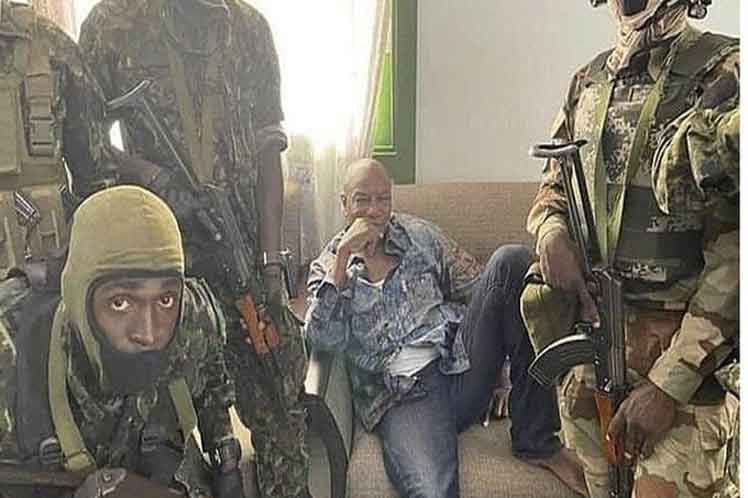 Moscow, Sep 6 (Prensa Latina) The Russian Foreign Ministry expressed today its rejection to any unconstitutional attempt to change power in Guinea, demanded the release of president, Alpha Condé, and that his immunity be guaranteed.

‘We urge all political forces to refrain from carrying out actions that may result in more violence, and to work to achieve a peaceful solution to the situation through negotiations’, the statement from local Foreign Ministry said.

The Russian Government, it warned, is observing ‘with deep concern’ the events that occurred in that African nation on September 5.

The embassy of the Eurasian nation in Conakry reported that none of the Russian citizens in Guinea were injured and that all measures are taken to guarantee their safety, TASS news agency reported.

Moscow recommended Russian citizens to avoid traveling to that country ‘until the situation is completely normalized’.

According to Prensa Latina news agency, the deposition of president, Alpha Condé, by a military coup is a fait accompli with the support of protesters who took to the streets of the Guinean capital.

In contrast, the United Nations, the African Union, the Economic Community of West African States and the European Union criticized the action.

After announcing the dissolution of the State institutions, the dismissal of ministers and general secretaries, the de facto government called them to a mandatory meeting this Monday at the seat of parliament otherwise they would be considered in rebellion.

So far there are no reports of resistance by the Army, led by the chief of special forces, Lieutenant Colonel Mamady Dumbuya, who in a televised speech yesterday accused President Condé and his ministers of corruption, among other crimes.

In the same speech, the military officer assured that the head of state is in good health.

Türkiye plans to discuss grain crisis with Russia and Ukraine

Türkiye plans to discuss grain crisis with Russia and Ukraine