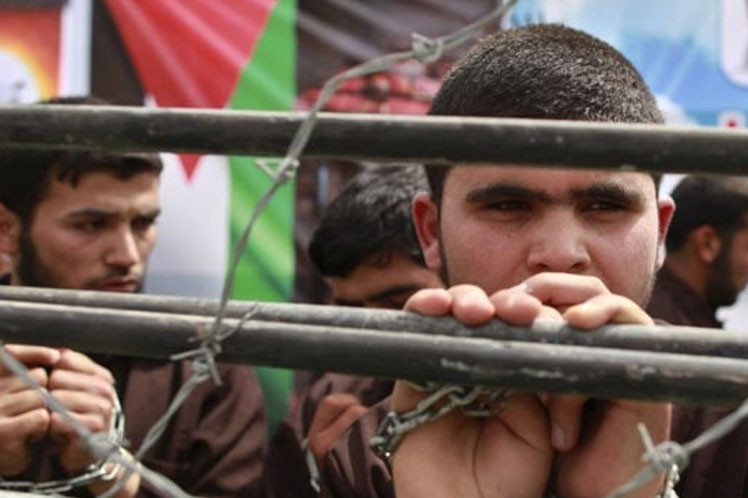 The Detainee Affairs Commission and the Palestinian Prisoners Society specified in a joint statement that the first step of the escalation will be a boycott of the Israel Prison Service (IPS) and then a hunger strike which will begin in a phased manner.

The two organizations denounced that over 4,500 Palestinians suffered a repression campaign by the IPS after six of them escaped last Monday from the maximum security prison in Gilboa, in the north of the Levantine country.

After a massive operation, which included special forces and the use of drones, two of them were captured last night in the city of Nazareth and another two this morning in the town of Shibli Umm al Ghanam.

IPS actions included the solitary confinement of numerous detainees and restrictions on access to services such as the dining room and television. But it was the decision to relocate members of Islamic Jihad that sparked fierce protests.

In response to the Israeli measures, the prisoners set fire to cells in the Ramon, Ofer and Kzi’ot prisons.

‘The racist mentality of colonial occupation that operates and attacks the prisoners is the same that applies in cities, towns, villages and refugee camps,’ denounced the Palestinian Foreign Ministry.

Faced with this situation, the Palestine Liberation Organization (PLO) and the government movement Fatah blamed Tel Aviv for the lives of the prisoners on Saturday.

Ahmad Tamimi, a member of the PLO Executive Committee, denounced that they ‘are subject to the most brutal forms of criminal abuse’ and demanded that they be treated as prisoners of war.

Tamini affirmed that the only crime of these people is to fight the occupation of their lands.

Likewise, he affirmed that the recapture of four of the escapees ‘will not change anything because the image of this occupation has been shattered.’

Soon after, the Islamic Resistance Movement (Hamas), which controls the Gaza Strip, spoke in similar terms.

The arrest of four of Gilboa’s fugitives represents another round of confrontation with Israel and a spur to increase protests, he stressed.

‘They earned the honor for their successful breakout operation, humiliating the occupying power and destroying its prestige. Arresting them will not remove the shame of the occupation, nor will it break their will’, he stressed.