Suicide prevention must be prioritized after 18 months of Covid-19 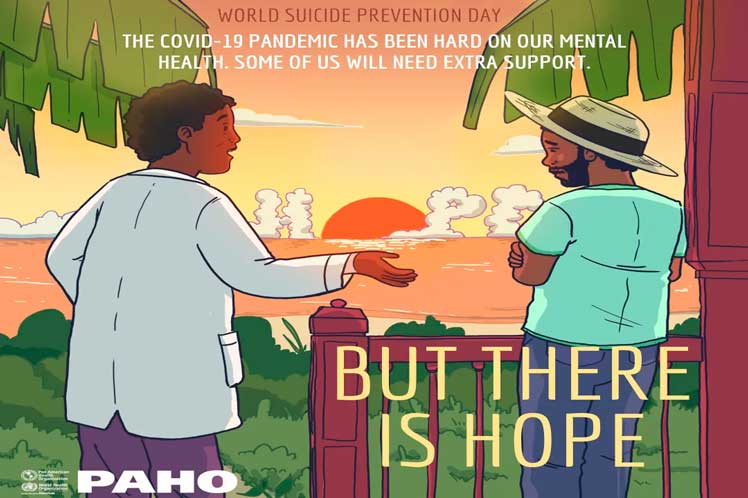 Suicide prevention must be prioritized after 18 months of Covid-19

‘Suicide is an urgent public health problem and its prevention must be a national priority,’ said Renato Oliveira e Souza, head of the Mental Health Unit at PAHO.

¨We need concrete action from all elements of society to put an end to these deaths, and for governments to create and invest in a comprehensive national strategy to improve suicide prevention and care,¨ he added. Studies have shown that the pandemic has amplified risk factors associated with suicide, such as job or economic loss, trauma or abuse, mental health disorders, and barriers to accessing health care.

Suicide remains one of the leading causes of death in the world, according to the World Health Organization (WHO), accounting for one in every 100 deaths.

Each year, more people die from suicide than from HIV, malaria or breast cancer, or from war and homicide.

Suicide is also the fourth leading cause of death worldwide among young people aged between 15 to 29, after road traffic accidents, tuberculosis and interpersonal violence.

Males accounted for around 77% of all deaths from suicide and, although progress has been made in the development of evidence-based interventions in suicide prevention, many countries continue to have increasing rates.

‘Creating Hope through Action’ is the theme of this year’s World Suicide Prevention Day, organized by the International Association for Suicide Prevention (IASP) and endorsed by WHO, with the overall goal of raising awareness of suicide prevention worldwide.