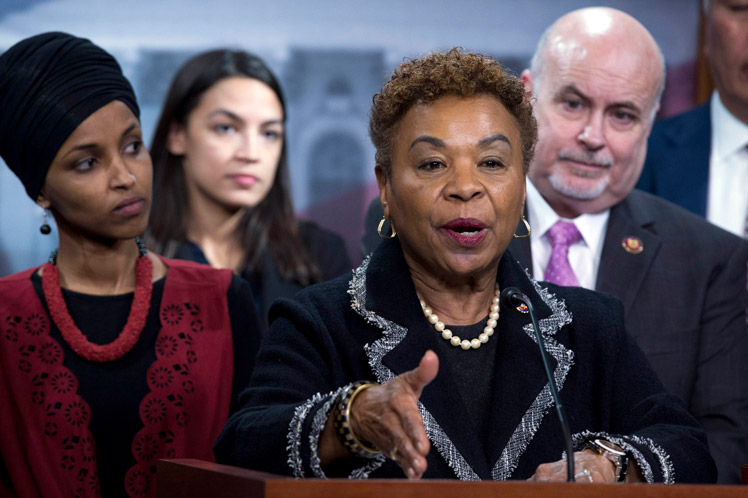 She said she was even asked to change it and faced death threats but she knew that her decision was the right one because she was aware that the ground was being prepared for what she has always called everlasting wars, in perpetuity.

On an interview with Democracy Now on the 20th anniversary of 9/11, Lee commented that ‘our deepest fears haunt us’ even as her worst fears about ‘everlasting wars’ came true.

Referring to the withdrawal from Afghanistan -a country invaded and occupied by the US and its NATO allies in October 2001- the California representative noted that an investigation is needed.

She raised the point that she supported President Joe Biden’s criticized decision to leave Afghanistan, a stance she described as absolutely correct.

‘I know that, if we stayed there militarily another five, 10, 15, 20 years, we would probably be in a worse position because there is no military solution viable in Afghanistan, and we can’t build a nation. That’s a fact,’ she underscored.

However, the congressperson did consider that the evacuation was really chaotic, and ‘there was no plan’ to get over 120,000 persons out in a few weeks.

Lee mentioned that the special inspector for the reconstruction of Afghanistan presented ‘reports over and over again’ and the last of those referred that the United States ‘did not understand the Afghan context, including socially, culturally and politically.’

Consistent with those briefings, ‘US officials rarely had even a mediocre understanding of the Afghan environment.’

On September 14, 2001, three days after the attacks on the World Trade Center in New York and the Pentagon, the House of Representatives held a five-hour debate on granting the president expansive powers to use military force in retaliation for the attacks.

‘Let us not become the evil we deplore,’ with those words the Oakland congressperson shook the Lower House, which eventually voted 420 to one because the Senate had already approved the bill 98 to 0.

A month later, the United States launched its war on terror in Afghanistan by accusing the Taliban movement of harboring Osama Bin Laden, head of the Al Qaeda terrorist network, who was identified as the organizer of the 9/11 attacks.

However, Bin Laden was killed a decade later by an operation -in violation of Pakistan’s sovereignty- ordered inside that country by former President Barack Obama.