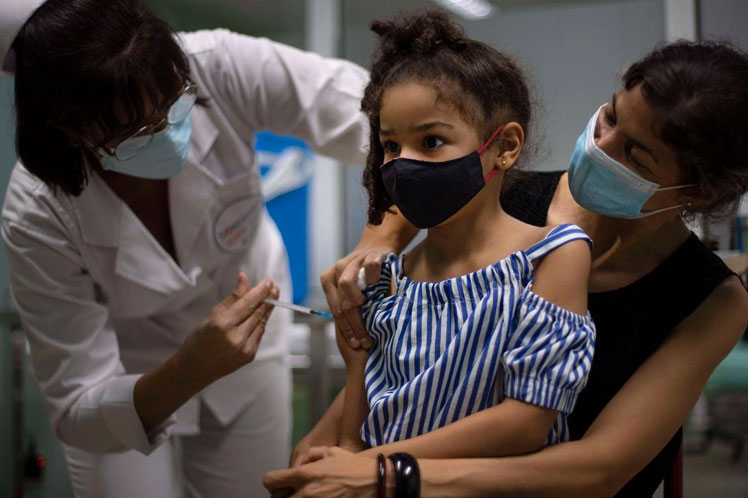 The immunization began on Tuesday in the territories of Mayabeque, Villa Clara and Camaguey, and tomorrow Las Tunas, Granma and Holguin are going to start, so that the country would be immunizing the group (two) from 11 to 18 years old.

The head of the Cuban vaccination program, Lena Lopez, clarified on national television that it is a staggered process in which the Ministry of Education participates.

She announced that by the end of September, the third group of children from 2 to10 years old would be immunized in Cuba.

So far, over 460,000 children from 11 to 18 years old have been reported with the first dose, Lopez informed and recalled that Abdala and Soberana 02 are vaccines that are already established.

Following the schedule, the first group concluded, which is made up of senior high school students, those of technical-vocational education, pedagogical training, among others.

Recently, Lopez pointed out that Cuba has a great experience in campaigns to immunize the minor population.

The process we are carrying out now in Cuba is a great challenge, but it has as a precedent the anti-polio campaign started in 1962.

Now there are more children to administer an antigen, in this case against Covid-19, Lopez explained.