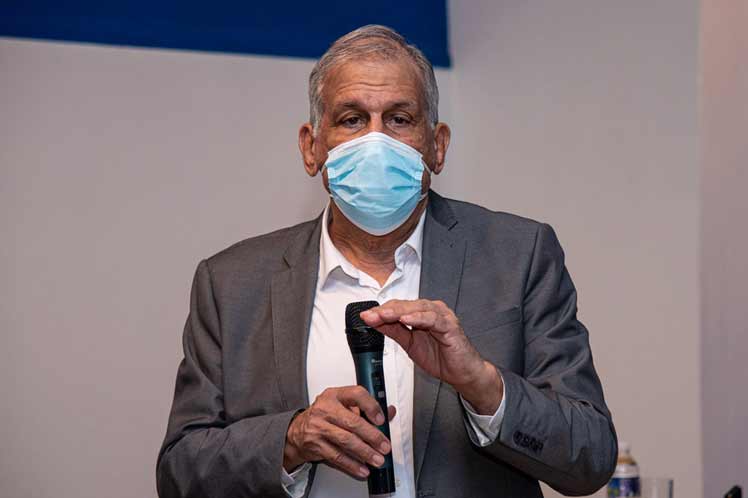 At a press briefing, DSc. Mitchell Valdés-Sosa, general director of the Center for Neurosciences, said that the Joe Biden administration has thus far made no attempt to involve Cuba in a joint effort to throw any light on such events.

The specialist set forth that following a report publication from a committee of experts at the National Academies of Sciences, Engineering and Medicine of the United States (NASEM), his center was in contact with NASEM´s President to provide some cooperation, but unfortunately there was no reply.

Cuban scientists also addressed to the American Association for the Advancement of Science (AAAS) and the medical team of the State Department, but cooperation was never accepted and they have kept information compartmentalized so far.

On the other hand, he commented, they did manage to exchange info with Canadian researchers about the cases reported, from which they followed up on their hypotheses.

Mr. Valdés-Sosa pointed out that Washington is currently facing a big dilemma, since affected people continue to appear in different parts of the world and the only way to solve this matter is to listen to science.

He also added that although the US government currently refers to this issue as unidentified health incidents, the use of ‘Havana syndrome’ term continues to refer to this incident.

It is a name created by some journalists and that others, including US politicians, have used irresponsibly, Mr. Valdés-Sosa stressed, adding that it is really absurd because there is no new syndrome and it cannot be only linked to Havana.

Those who use this term, particularly anti-Cuban congressmen, seek to show a negative association and harm relations between the two countries, he said.

These health incidents served as a pretext to close consular services in Cuba and thus hinder migration and family reunification proceedings.