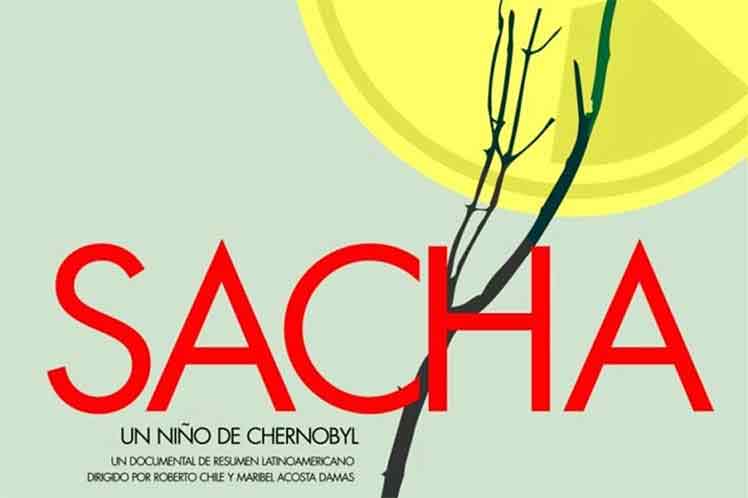 Co-director, Maribel Acosta Damas, told Prensa Latina that the reception of the 39-minute film has been very moving, which also had experienced Roberto Chile in the making.

Produced by ‘Resumen Latinoamericano y del Tercer Mundo’ (Third World and Latin American Summary) and Graciela Ramírez, ‘these are the first presentations to the public and with part of the production team, of the documentary, which was largely produced amid the pandemic’, Acosta Damas said.

It has been screened on television in Cuba, Ukraine and the United States, among other countries.

During its premiere in Madrid, ‘Sacha, a child from Chernobyl’, aroused strong emotions and expressions of admiration for Cuba

Ph.D. in communication sciences, professor and journalist with long experience, Acosta Damas explained that the idea for the documentary came from her meeting in 2015 with Peruvian artist Sonia Cunliffe, who decided to take the subject to an exhibition in Lima a year later.

It was a kind of inspiration that made me do some research about the 26 thousand children from Ukraine, Russia and Belarus who received free treatment in Cuba after the Chernobyl nuclear accident, she explained.

The starting point of the documentary is the story of Olexandr Savchenko ‘Sacha’, who arrived in Cuba with his mother Lida one year after the explosion of Vladimir Ilyich Lenin Electronuclear Power Plant in Chernobyl, on April 26, 1986.

Sacha, who lived in Chernigov, a town in Ukrainian countryside near the accident area, fell ill and due to the lack of accurate diagnoses in his country, his mother decided to take him to Tarará, a children’s vacation camp next a beach east of Havana. .

A story with a happy ending, like with the vast majority of infants who received treatment in Cuba for 21 years. The best proof, the ever-lasting gratitude of Ukrainians, as Acosta Damas found out when she went to film in that nation.