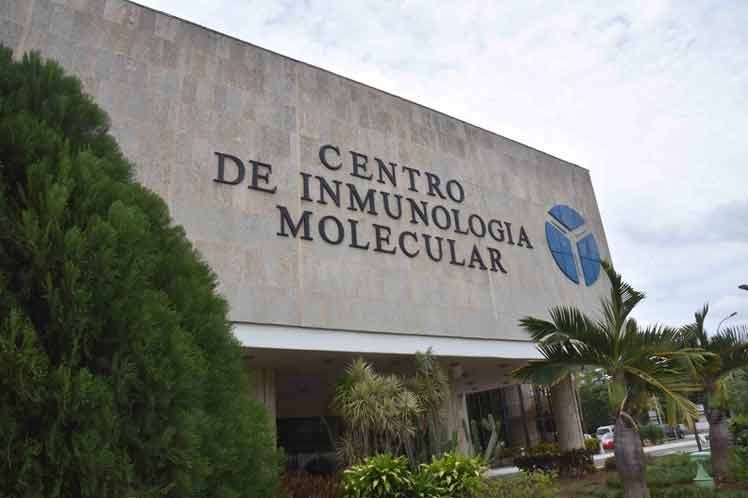 An example of this is the use of recombinant human Erythropoietin, a drug administered to patients with anemia and chronic kidney failure, which was introduced in the therapies as a support method to prevent damage to people with a high level of severity, such as those who have been intubated due to this condition.

According to CIM Deputy Director for Research and Development Kalet Leon, in an interview with the Cuban News Agency (ACN), this product has been used since the 1990s in dialysis patients and, due to its cytoprotective properties, it is also administered to people in intensive care unites due to some kind of general organic damage.

The expert pointed out that the CIM is developing clinical research with the vaccine against lung cancer, CIMAvax-EGF, to evaluate its impact on the recovery of Covid-19 convalescents with sequelae such as pulmonary fibrosis.

On the other hand, he pointed out that Nimotuzumab, a monoclonal antibody also included in the action protocol for people in severe stages of Covid-19, was registered in 2002 and is widely used within the Cuban program against cancer.

The drug is especially intended for the treatment of head and neck tumors, as well as esophagus, lung and pancreas tumors.

Regarding Covid-19, Nimotuzumab demonstrated high safety, as well as the improvement of individuals at the radiological level, and the reduction of inflammation and coagulation caused by the disease.

Leon noted that another outstanding monoclonal antibody is Itolizumab, with which those infected with the SARS-CoV-2 coronavirus, which causes Covid-19, have been treated and which showed significant results in the reduction of mortality.

It was previously used to treat patients suffering from autoimmune diseases, rheumatoid arthritis and psoriasis, he said.