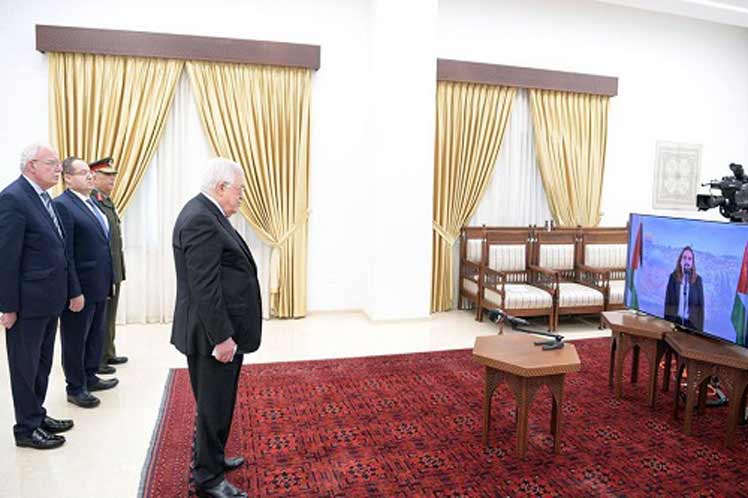 During a virtual ceremony to present Tania Aguiar’s credential letters as the non-resident Cuban ambassador, Abbas thanked Cuba for its support.

We, Palestinians, have never forgotten Cuba’s constant support for decades, the president said and sent special regards to the Cuban people and its president, Miguel Diaz-Canel.

For her part, Aguiar, a resident ambassador in Egypt, ratified her country’s solidarity with the Palestinian people and their rights to self-determination.

She also championed the creation of an independent State with the borders of 1967 and East Jerusalem as the capital, and the return of refugees to their homeland, as established by several resolutions by the United Nations Security Council and the General Assembly.

‘Palestinians deserve to live in peace, so foreign attacks and violence against people, their lands, their properties and their sacred places must end,’ she stressed.

In this regard, she called for the end of colonists’ land usurpation and the construction of Jewish settlements on Palestinian territories.

The ceremony, held via a video conference due to the Covid-19 pandemic, was attended by several Palestinian officials, including Foreign Minister Riad Al Malki; Diplomatic Advisor of the Presidency Majdi Al Khaldi; Commander of the Presidential Guard Moneer Al Zoubi; and Ambassador to Egypt Diab Allouh.