Cuba and Vietnam are ready to expand cooperation in health (+Photos) 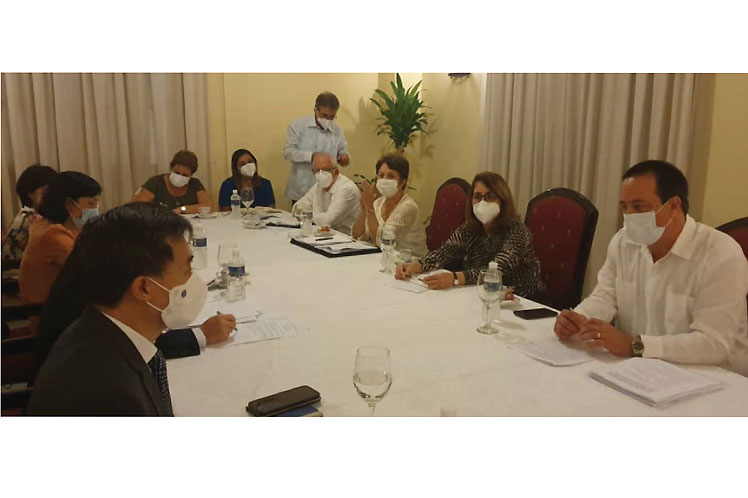 Cuba and Vietnam are ready to expand cooperation in health (+Photos)

Dr. Jose Angel Portal Miranda, head of the Cuban Health Ministry, acknowledged the work carried out by the Vietnamese government and health authorities to contain the disease and thanked the donations sent to the Caribbean island, which he described as very valuable for the National Health System and the population.

According to the Minsap website, Portal Miranda told Dr. Tran Van Thuan, Health Vice-Minister of the Asian nation, about the anti-Covid strategy implemented in the national territory, as well as the administration of Cuban vaccines that seek to control the pandemic.

In that sense, he highlighted the contribution of experts and scientists from that ministry and the Group of Biotechnological and Pharmaceutical Industries of Cuba (BioCubaFarma).

Regarding the memorandum of understanding for collaboration in the health sector signed the day before between the two countries, the Cuban official affirmed that it will open a new path in the development of medical services and scientific advances that will strengthen cooperation relations and training for the benefit of their peoples.

For his part, Van Thuan thanked the welcome and the feelings of friendship and brotherhood shown by the government, the Minsap and the Cuban people, while recalling the historical ties between Cuba and Vietnam and, in his opinion, the new agreement is more comprehensive by expanding the areas of collaboration.

During the meeting they ratified the willingness and interest to increase collaboration in the areas of science and technology, human resources training, prevention and control of infectious diseases, medical assistance in primary health care and hospitals.

They also included other areas such as biotechnology, pharmaceuticals and the development of comprehensive programs in the regions that demand them, as well as the promotion of foreign investment projects in the sector.