UN urges to fight inequalities worsened by the Covid-19 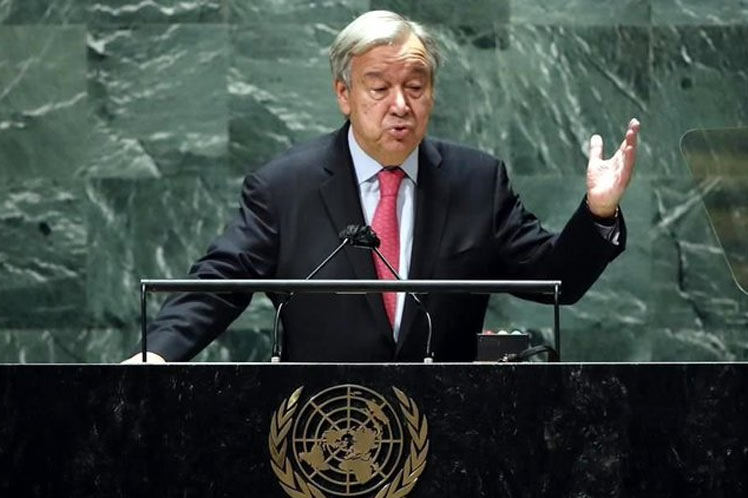 UN urges to fight inequalities worsened by the Covid-19

Covid-19 vaccines were developed in record time, however ‘we now face an unequal distribution, with the richest countries concentrating the largest number of doses,’ he pointed out in his opening address to the high-level debate at the 76th session of the General Assembly.

The alarm bells over climate change are ringing, catastrophes related to these alterations are already happening everywhere and urgent action is needed, he insisted.

At this moment, he continued, a cut in greenhouse gas emissions is urgently needed in view of the United Nations Climate Conference – known as COP26 – to be held next November in Glasgow (Scotland), but we are very far from those objectives.

Guterres also warned of the lack of international solidarity precisely when it is most needed, as divisions persist in tackling pressing global problems such as the Covid-19 pandemic and climate change.

The time has come to act and to rebuild hope, the UN Secretary General emphasized and regretted that the multilateral system is still limited in its instruments and capacities.

Furthermore, he stressed, we must ensure that the United Nations is in line with the new era and contributes to the solution of problems.

He also referred to the conflicts in Afghanistan, Ethiopia, Yemen, Libya, Syria, Myanmar, the Sahel, Israel and Palestine, and called on the international community to help address them, always putting human rights at the center.

UN committed to Türkiye and Syria after deadly quake

UN committed to Türkiye and Syria after deadly quake