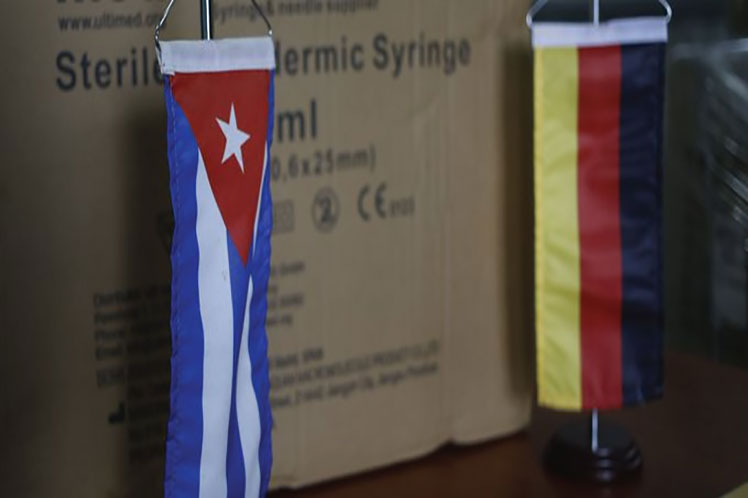 According to local media, the donation from the German agency AvenTOURa GmbH is added to several humanitarian shipments from governments, organizations, companies and individuals who have supported the Cuban people in the fight against the Covid-19 pandemic and during the immunization campaign.

The head of the Department of Medical Collaboration at MINSAP, Aldo Grandal Sosa, assured that the aid will be distributed immediately in vaccination centers, the Cuban News Agency reported.

He acknowledged the high value of the solidarity received by Cuba ‘amid the efforts to maintain the minimum coverage of resources to fight the SARS-CoV-2 virus, which causes Covid-19.’

In this sense, he insisted on the damage caused to Cuba by ‘the genocidal and criminal economic, commercial and financial blockade’ imposed by the United States government, and intensified during the pandemic.

For his part, the legal representative of AvenTOURa GmbH in Cuba, Christoph Blaha, said that the aid has the objective of contributing to better combat Covid-19 in the country.

He explained that the agency tries to create bridges, instead of walls, bring cultures closer, instead of separating them, and promote mutual understanding.

AvenTOURa GmbH was created in 1995 and is specialized in tourism for small groups and individual trips, to which Cuba has been added as a destination since 1997.