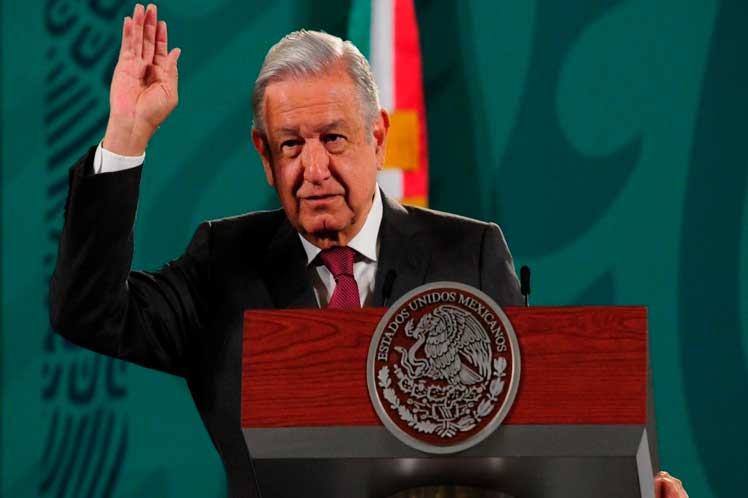 He said that everything has to do with poverty, need and violence in Central American countries, but in the specific case of Haiti there is a lot of political instability, and let’s not forget that the president was assassinated there.

Mexican officials have been asking for more than a month to deliver food supplies to Haiti, after sending two ships with more than a thousand tons, and up to yesterday there were still one hundred tons to be unloaded, the President revealed.

Haiti’s Civil Protection received the supplies, but there were problems, it was necessary to withdraw the ship and anchor it offshore until favorable conditions for unloading were available again, and we are talking about Port-au-Prince, not another place, in reality it is a very difficult situation there, López Obrador argued.

The most important thing, he reiterated, is the urgency to act to solve social and economic problems, to generate employment because the population emigrates due to lack of work or violence, and in troubled waters, human traffickers take advantage, offering to take them to the United States from Mexico.

The traffickers have organizations that constitute well-formed structures, and so much so that they hire transportation companies, even knowing that it is illegal to take them to the border with the United States, and at this moment we are talking to these businessmen about the violation in which they are involved, he informed.

He reiterated that Mexico is proposing to the United States to join all this work in order to do it jointly through cooperation for social development, but without delay due to the urgency.

Mexico’s relationship with U.S. entities are based on sovereignty

Mexico’s relationship with U.S. entities are based on sovereignty