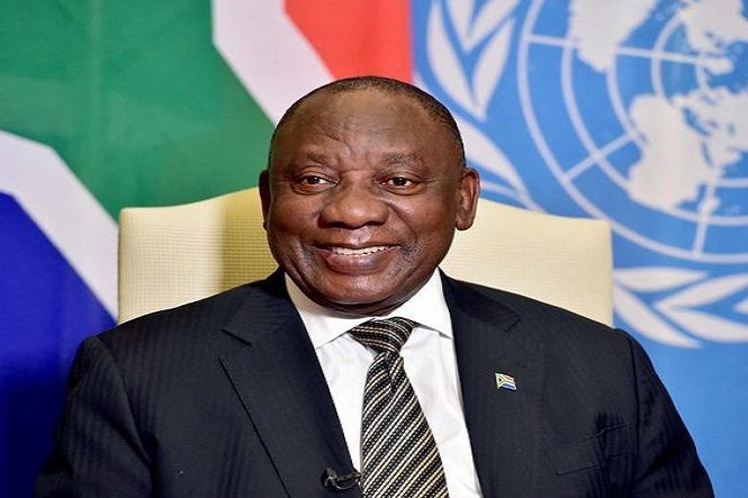 Speaking from a virtual platform before the Assembly’s 76th session, the president recalled that 2021 is year 16 after the 2005 World Summit, in which world leaders unanimously agreed on a reform of the Security Council.

We have not fulfilled this commitment, he denounced.

South Africa, he said, reiterates its call for an urgent reform of that body through negotiations based on principles through which a consensual agreement can be reached.

In that sense, we must address the representation of the African continent in the UN system and ensure that the voice of its 1.3 billion people, and also the Global South in general, is fostered and strengthened in the multilateral system of nations, the president demanded.

At the same time, he added, equitable geographical representation in the UN must be achieved, as well as gender parity.

By addressing other relevant issues, Ramaphosa reaffirmed South Africa’s solidarity with the Cuban people, and called for the lifting of the economic, commercial and financial blockade imposed by the United States on the island.

Those sanctions, he argued, have caused incalculable damage to Cuba’s economic development.

He also supported the right of the Palestinian people to self-determination, an issue which has been raised, he recalled, in this General Assembly since it exists.

We raise it again today because we firmly believe that there will be no peace and justice until the Palestinian people are free from the Israeli occupation, Ramaphosa said.

We also reiterate our position that the people of Western Sahara have the right to self-determination in accordance with the corresponding decisions by the African Union and the resolutions of the UN Security Council, he added.

In addition, we call for the lifting of the sanctions that paralyze Zimbabwe and its economy, the president claimed.

In his speech, the South African president recalled the celebration yesterday of the 20th anniversary of the approval of the Durban Declaration and Program of Action, a model set by the international community to fight racism and other forms of intolerance.

We have a common responsibility to fight both the legacy of racism in the past and its manifestations in the present.

Racism, like sexism, xenophobia and homophobia, reduce us all, he highlighted.

The 76th session of the General Assembly is held under the theme ‘Building resilience through hope: recovering from Covid-19, rebuilding in a sustainable way, meeting the needs of the planet, respecting people’s rights and revitalizing the United Nations’.