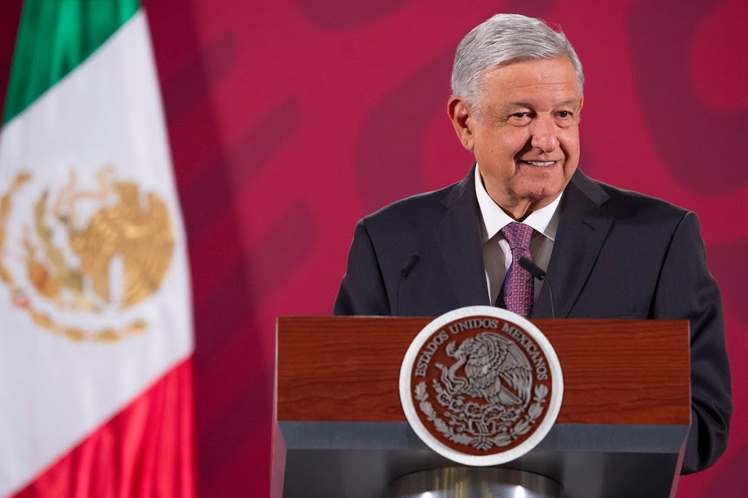 To illustrate his words, the president showed in his morning press conference the last vote in the United Nations where 184 of the 193 countries voted for, while only the United States and Israel opposed it and 3 member states abstained.

The president thus answered a question in his morning press conference at the National Palace regarding the campaign promoted by ‘Universal’, ‘Reforma’ and other conservative media against his government for inviting president of Cuba, Miguel Díaz-Canel, to the celebration for independence and bringing up the issue at the Summit of the Latin American and Caribbean Community.

He ruled out that this invitation affects relations with the United States, since Mexico is synonym of friendship, and we are not going to confront anyone as conservatives would like, he said.

Our adversaries would like us to pick a fight with the United States, but they will be dissapointed, all because they did not like the invitation to the president of Cuba; They are not right, we have very good relations with that government as well as with Washington.

He recalled that it is not only a question of making statements against the blockade as in the UN, but doing something and trying not to allow this injustice because no people has the right to block or subdue another.

Regarding the media campaign, he said that conservatism is perverse, but the government of Mexico complies with the foreign policy principles established by the Constitution.

We are a free and independent country that applies the words of Juárez : both among people and among nations, respect for the rights of others is peace, the president ratified.

Therefore, he pointed out, I see the future with optimism because we must seek the unity of all the peoples of America, because it is not possible to continue with that idea of ​​’America for the Americans’ which is for the United States only.

The region belongs to everyone and is for everyone, hegemonies and domination do not fit, he insisted.

A nation cannot intervene in the decisions of other peoples, there must be respect for the principle of non-intervention and self-determination of the peoples, he stated.

Regarding Cuba’s relations with the United States, he recalled how President James Carter accepted the agreement proposed by General Omar Torrijos to return the Canal and its Zone to the sovereignty of Panama to which it belonged, an extraordinary historical event that the world applauded, and today it is the main income of that country.