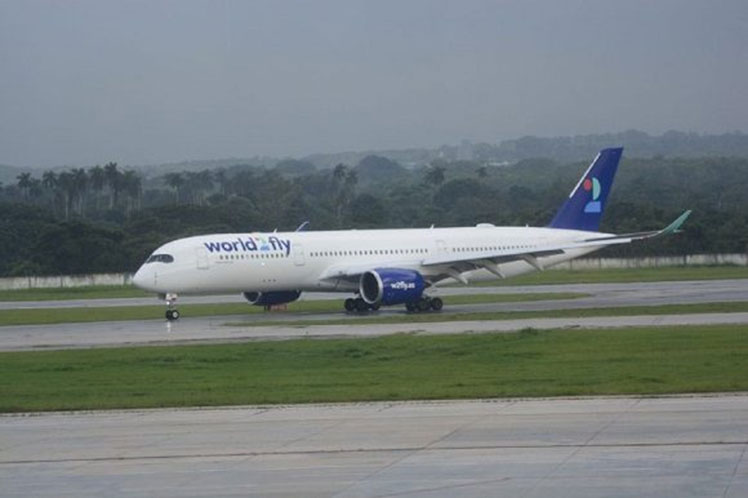 Havana, Sep 23 (Prensa Latina) With the arrival of a new airline in Cuba, as is the case of the Spanish World2Fly, the revival of tourism in this island has a new symbol and hope.

The carrier, which belongs to the Iberostar hotel company, had its first trip on Wednesday, and marked a sign of light at the end of the tunnel, in the midst of the Covid-19 pandemic.

This, in the first place, represents the confidence of international chains in the health safety of the country, when the also Spanish Meliá Hotels International announced the reopening of most of its facilities in this archipelago.

Goal, intention and operations go hand in hand at a time of expectation about such a relevant sector for the economy in Cuba, a nation with closures in many areas of commerce, finance and economy in general.

World2Fly, the long-haul airline of the W2M Group, landed for the first time in Cuba with its new Airbus 350-900, where the crew posed with the flags of both countries (Spain-Cuba) and a broad smile.

The president of the Iberostar group, Miquel Fluxá, owner of the airline and the hotel company, was present at the arrival of the inaugural flight, at a time of announcements by Iberostar to restart all its facilities here.

On the occasion of the inauguration of this new route, the company presented a campaign of special ticket offers on these flights.

These reopening correspond, as Cuban authorities explained, with the date when more than 90 percent of the local population will be vaccinated with immunizers produced in the country against Covid-19. pgh/abo/jcm/rfc