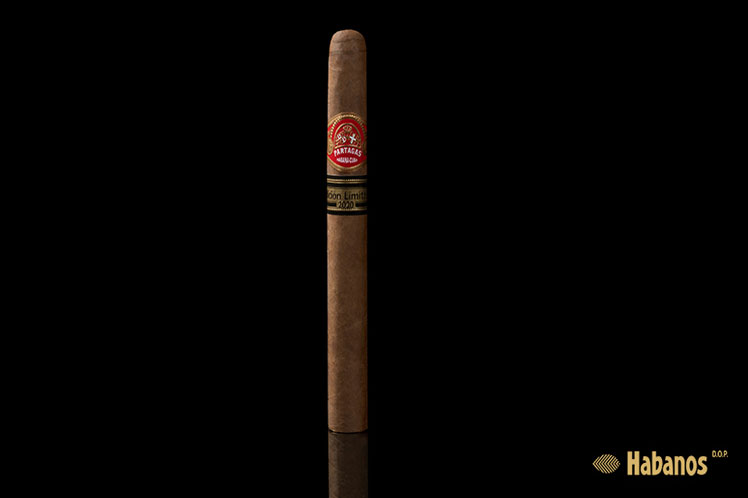 Havana, Sep 28 (Prensa Latina) The Cuban tobacco industry presented as a world premiere in Spain the Partagas Legacy Limited Edition 2020 cigar, according to an official communiqué distributed today in Havana.

In that regard, the international Habanos S.A. corporation adds in its press release that in Madrid, the Partagas Live Night, or Club Pasion Habanos arranged on September 25 an event for its members where the novelty was presented.

Tabacalera company, beneficiary and exclusive distributor of Habanos, S.A. for that country, sponsored the presentation encounter.

The place is one of the most modern sports centers in Europe and allowed the event to be held outdoors.

Partagas is one of the most important cigar brands since its foundation in 1845.

Club Pasion members not only had the privilege of being the first to taste the Partagas Legacy Limited Edition 2020 (vitola de galera Hermosos No.2), but also enjoyed a wide range of gourmet products from Cuba and its domestic music.

Partagas Legacy is made entirely by hand with long filler (according to the tasting sheet) with wrapper, filler and binder tobacco leaves from the Vuelta Abajo area in the western Cuban province of Pinar del Rio, an area considered to have the best tobacco in the world.

Habanos Limited Editions are the most awaited of the year by most fans.

They are characterized by the exclusivity of their vitolas, which are not included in the regular range of the brand’s portfolio, and are distinguished by the careful selections of all their leaves, aged for a minimum period of two years.

Tabacalera is the leading business group in the marketing of Premium cigars worldwide, heir to the old Spanish tobacco monopoly created in 1636, and is present in over 150 countries through a powerful distribution network.

Habanos Corporation, S.A. is the world leader in the marketing of premium cigars in Cuba and the rest of the world.

Meeting of Cubans in Europe will promote support for their homeland

Over a hundred Cuban youths to attend regional congress

Meeting of Cubans in Europe will promote support for their homeland

Over a hundred Cuban youths to attend regional congress